Tiger To Be Captain’s Assistant At 2017 Presidents Cup 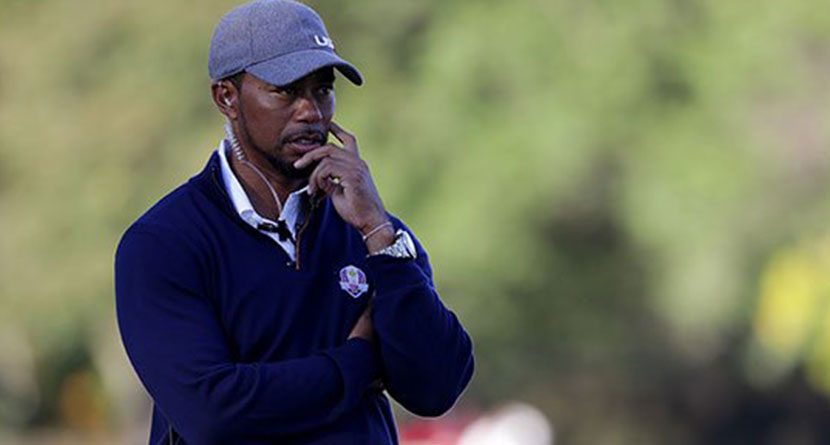 Fresh off of his first successful international competition in a non-playing role, Tiger Woods has once again been tapped to put in an earpiece, drive a cart and bring the players waters. Steve Stricker announced Woods, along with Davis Love III and Fred Couples, as his first three captain’s assistants for the 2017 Presidents Cup.

U.S. captain Steve Stricker and International team captain Nick Price linked up exactly one year before the matches are slated to begin in New Jersey. Here’s the preamble to the Presidents Cup’s statement.

Stricker said in announcing Woods that he and Tiger both hope that the 14-time major champion can make his way to Liberty National as a playing member of the team, but regardless of his comeback efforts, he will be a member of the leadership for the second straight competition.

Tiger’s effort to make the team as a player begins next week at the Safeway Open where he will make his first start on the PGA Tour in over a year.