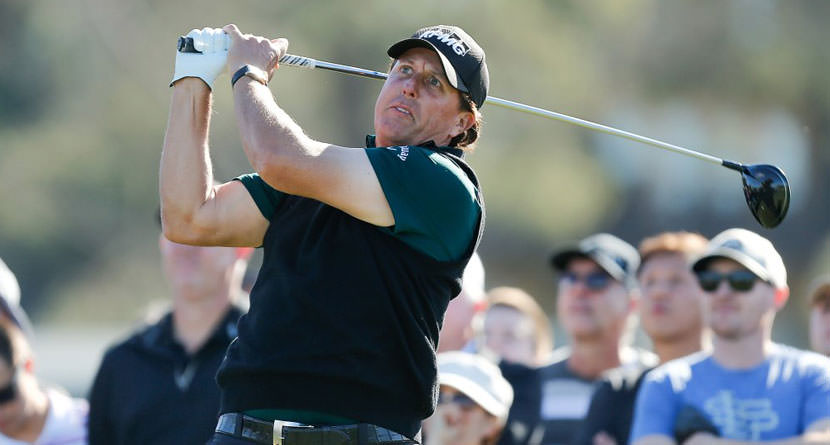 The world is talking about Tiger.

Tiger Woods dominates the conversation in golf like few in the world of sports and his resurgence is driving interest in the sport to its highest level in years. But what about Phil?

Looking at things from a purely statistical standpoint, the resurgence of Phil Mickelson this year is quite the story. Mickelson, 47, has had a career year thus far and his remarkable play at his age is being overshadowed yet again by his rival.

Fivethirtyeight.com analyzed Mickelson’s play this season and came away with a simple conclusion – Mickelson is playing some of the best golf his career. He stands at No. 18 in the World Golf Rankings despite his age, with the average age of those in front of him 30.7. He is No. 3 in the FedExCup standings where the average age is 28. On the course, Mickelson has five top-10 finishes in eight starts this season.

Mickelson also has a win this season, beating Justin Thomas – the world’s No. 2-ranked player – in a playoff at  WGC-Mexico Championship earlier this month. Mickelson began his professional career in 1998 and his average finish so far in 2018 is among the tops of his career. Mickelson attributes a lot of his success to his improved putting this season, telling the Dan Patrick Show recently that he is significantly better at it than he was in his younger years.

Mickelson’s play has drawn little attention compared to the fanfare of Woods’ return. Mickelson’s chances to win the Masters are 20-1 and it would appear, once again, his old rival has stolen his thunder.

“He’s always one-upped me in my career, and I wouldn’t be surprised if he came out this week and won,” Mickelson said to Patrick prior to the Valspar Championship. “Just to one-up me again.”