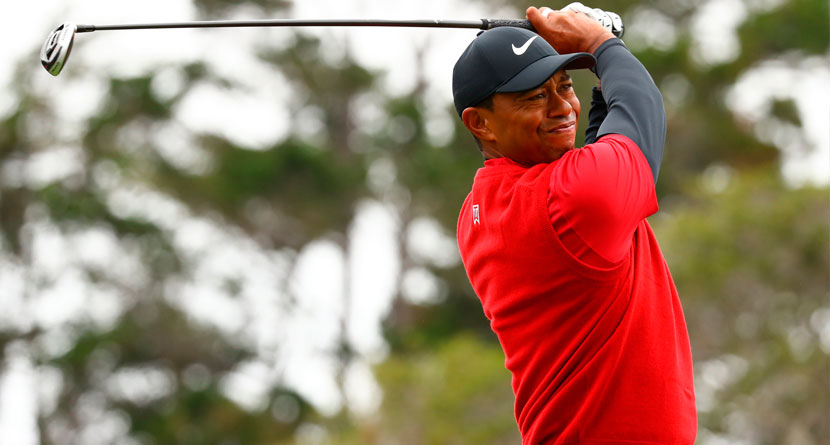 After grinding out an even-par round on Saturday, Woods got off to a horrendous start on Sunday — bogeying four of his first six holes — before playing the final 12 holes of the championship in bogey-free 6-under par.

A frustrating week of stall-outs ultimately resulted in a T21 finish, 11 strokes back of eventual champion Gary Woodland.

“I wish I would have known (what changed over the last 12 holes) because I would have turned it around a little earlier than that,” Woods said after he signed his scorecard. “Again, got off to another crappy start and was able to fight it off. Turned back around and got it to under par for the week, which normally it’s a good thing, but this week the guys are definitely taking to it.”

With another short turnaround between major championships thanks to the truncated 2018-19 PGA Tour schedule, Woods made it clear that he needed to do some preparation for next month’s Open Championship at Royal Portrush, but that would not include teeing it up competitively.

“I think I’m going to take a little bit of time off and enjoy some family time,” Woods said about his immediate plans. “It’s just trying to wind down from the championship as well as my lifts and getting back into it.

Woods answered tongue-in-cheek a question about where golf fans can expect to see Tiger again — “Depends if you’ve got a camera phone,” he said.

As it turns out, folks do have phones with cameras and Woods was spotted on Tuesday in Bangkok with his girlfriend, Erica Herman, and his two kids, Sam and Charlie.

That may very well be the last time we see Woods for a few weeks. The Open Championship at Royal Portrush will take place July 18-21.