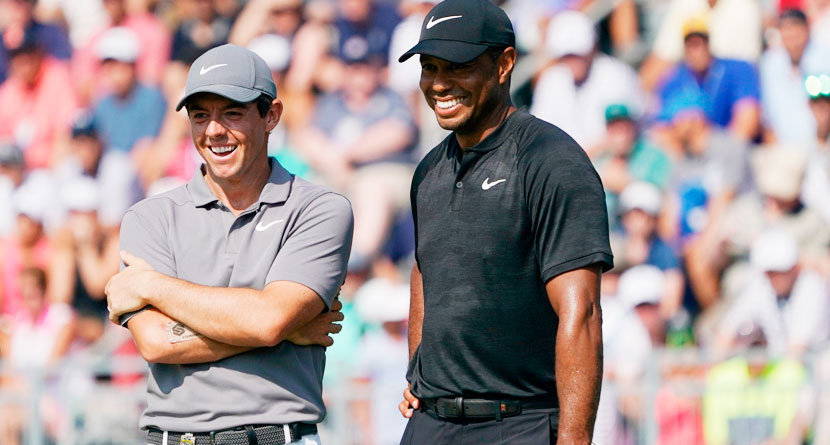 According to ESPN.com’s Bob Harig, Tiger Woods, Rory McIlroy, Jason Day and Hideki Matsuyama are rekindling the series with the first event taking place prior to the inaugural Zozo Championship at Accordia Golf Narashino Country Club in Japan on Oct. 21.

The Zozo Championship was Woods’ first official commitment following his historic Masters victory earlier this year, and this new report confirms theories that simply teeing it up in a wraparound season event won’t be the only reason for Woods to be traveling to Asia.

I’m excited to play in the inaugural ZOZO Championship in October, and return to Japan, one of my favorite countries. It’s going to be a fun fall. https://t.co/vaFO4DEv1r

“I’m excited to play in the inaugural ZOZO Championship in October, and return to Japan, one of my favorite countries,” Woods tweeted on April 25. “It’s going to be a fun fall.”

Initial reports from Harig quoted Woods’ agent, Mark Steinberg, pinpointing the Zozo as an ideal jumping-off point, and this week’s news confirms that. The one-day skins competition will take place on the Monday of the tournament week and will offer “lucrative prize money,” according to Harig.

The PGA Tour has filed a new trademark application for “The Skins Game.”

The filing, made on June 19th, indicates that the PGA Tour is intending to bring back The Skins Game.

Here is my analysis of the trademark application?:#PGATour #PGA pic.twitter.com/YWBZRjJUCr

Harig reported that this event is part of Woods’ content agreement with GolfTV. While GolfTV provides content on social media to the United States audience, they act as a PGA Tour rights-holder outside of the U.S. There are currently negotiations taking place to televise the event on U.S. television as well.

The Zozo Championship will be played Oct. 24-27 at Narashino Country Club outside of Tokyo. It is the second leg of a three-tournament Asia swing on the 2019-2020 PGA Tour schedule that includes CJ Cup in South Korea and the WGC HSBC Champions in China.

The Zozo Championship features a 78-player field, no cut and a $9.75 million purse.