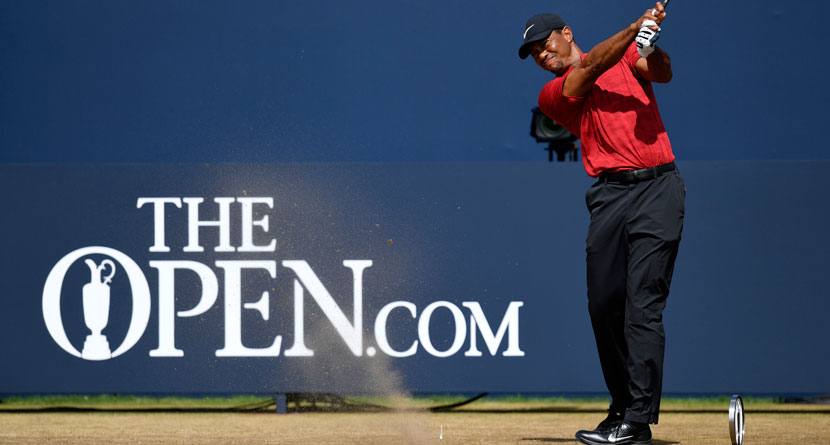 A few days after Padraig Harrington openly questioned Tiger Woods’ Open Championship preparations, Woods posted a video to Nike’s Instagram story detailing how he is prepping his body for the final major championship of the season.

Harrington said that the acclimation process from playing normal American parkland golf to the links golf that is played at the Open is best prepared for by getting to the United Kingdom and playing competitive golf.

Woods, indirectly responding to Harrington, posted him up and seemingly ready to hit the gym at 1 a.m. ET on Monday.

Tiger Woods says, in a video on @Nike Instagram story, that he’s been waking up at 1 a.m. EST to get acclimated for Royal Portrush time difference. ?

(Also, anyone know how to make a custom alarm sound? I wanna wake up to “It’s Tiger, WAKE UP!“ every morning) pic.twitter.com/2Fbk99FYUQ

“Hey Nike, it’s Tiger… wake up!” he said. “It is now 1 a.m. here on the east coast. Why am I doing this right now? Because it is now 6 a.m. at Royal Portrush. I will be playing the Open Championship there and in order to be prepared for the time change, I’m getting up.

While he won’t be playing competitively, his adjusted time schedule is the biggest hurdle to overcome and benefit to getting to the U.K. a week or more in advance of the championship, according to NBC golf broadcaster and former caddie to Phil Mickelson, Jim “Bones” Mackay.

While other stars have been spotted at Royal Portrush already, Woods will likely wait until the end of this week to make the trek across the pond.