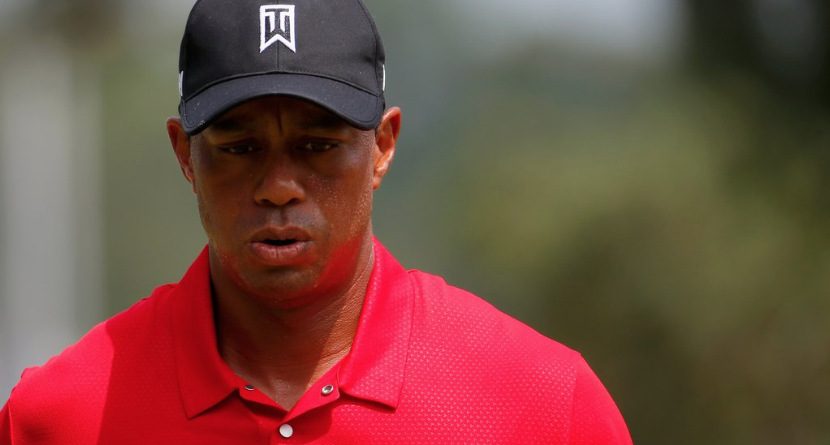 The wait for Tiger Woods’ return to competitive golf will continue after he shocked the world on Monday by withdrawing from this week’s Safeway Open. Woods released a statement on his website explaining his health is fine. However, his game is not.

After a lot of soul searching and honest reflection, I know that I am not yet ready to play on the PGA Tour or compete in Turkey. My health is good, and I feel strong, but my game is vulnerable and not where it needs to be.

When I announced last week I was going to Safeway, I had every intention of playing, or I wouldn’t have committed. I spent a week with the U.S. Ryder Cup team, an honor and experience that inspired me even more to play. I practiced the last several days in California, but after a lot of hours, I knew I wasn’t ready to compete against the best golfers in the world. I will continue to work hard, and plan to play at my foundation’s event, the Hero World Challenge, in Albany.

I would like to apologize and send my regrets to Safeway, the Turkish Airlines Open, the fans in California and Turkey and those that had hoped to watch me compete on TV. This isn’t what I wanted to happen, but I will continue to strive to be able to play tournament golf. I’m close, and I won’t stop until I get there.

This stunning setback comes just days after committing to play in the PGA Tour’s season-opener held at Silverado Resort and Spa in Napa, California. The highly-anticipated event, which sold approximately 30,000 more tickets than last year, included a potential dream pairing with Phil Mickelson, as well as a pro-am where he was slated to pair up with NBA superstar Stephen Curry.

Ryder Cup inspired me to play my best. Unfortunately as I prepared, I still need work and refining. https://t.co/wCFjIznK6R

His agent, Mark Steinberg, attempted to explain the decision to Golf Digest’s Tim Rosaforte. “He played a lot of holes of golf and the game just wasn’t there,” Steinberg said. “(He) didn’t quite get all the holes in prior to the Friday decision, but he really wanted to play this weekend. You have to commit the Friday before. He flew Joey (Woods’ caddie, Joe LaCava) down to Florida. He flew him out to California with him. They were going through their prep for a tournament. Going through the weekend, playing as much golf as he did, it just wasn’t to the standard he wants it to be.”

Tournament host and NBC analyst Johnny Miller offered his thoughts as well. “I’m hoping that Tiger uses [his family] as a goal, to win in front of his kids. Then he can have joy in doing so, and joy in the game. Go enjoy the darned game. I hope that he can come back. I hope he doesn’t walk away.”

Woods also stated that he will not be participating in the Turkish Airlines Open either, however, he never formally committed to it. His plan is to be ready for the Hero Challenge, an event which he hosts.

With Hero not being official event, this will mark 1st time since 1991 there has been a calendar year without a Tiger Woods PGA Tour start.