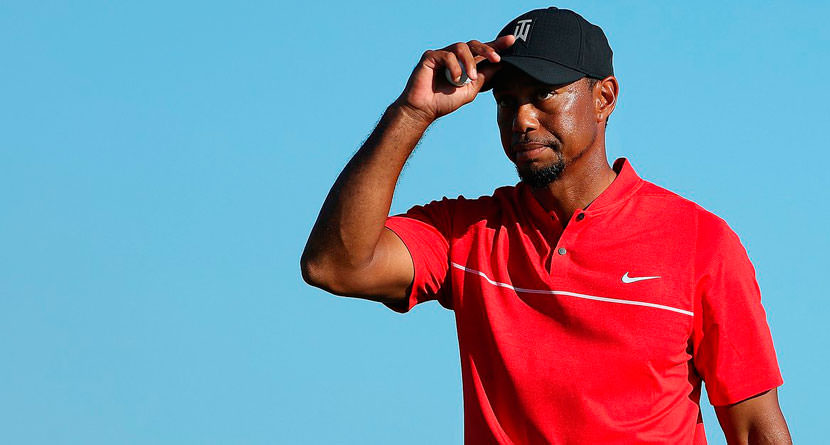 It would appear that Tiger Woods’ back is back.

The 14-time major champion announced a pretty robust and hectic schedule to begin the 2017 year during a 12-hour span on Wednesday and Thursday. Through various commitments to the event organizers, Woods announced he plans to play in three more tournaments than he was previously committed to: the Farmers Insurance Open, the Omega Dubai Desert Classic and the Honda Classic.

Adding in his previous commitment to his foundation-run Genesis Open, Woods will play in four events over five weeks between the last week of January and the end of February.

Tiger won’t be easing his way back into competition. This means 4 events in 5 weeks and traveling across 12 time zones for the first 2. https://t.co/pnvvaA6ZFQ

Woods will make his first official PGA Tour start since the 2015 Wyndham Championship at Torrey Pines, a course Woods has won at eight times, which includes his most recent major championship victory in 2008. The following week, and 12 time zones away, Woods will be teeing it up in Dubai for the first time since 2014. Following a week off, Tiger will play in the Genesis Open at Riviera Country Club in Los Angeles before returning to home to Jupiter, Florida for a “home game” at the Honda Classic.

Unless Woods is able to win at least one of those first four events (he’d need other good finishes as well), he would not be eligible for the first World Golf Championship event of the year, the Mexico Championship, the week following the Honda. Likely then, Woods will tee it up at the Arnold Palmer Invitational March 16-19 for his fifth event of the season and his final one before the Masters, which begins on April 6.