Tiger Announces He Will Play at Torrey Pines 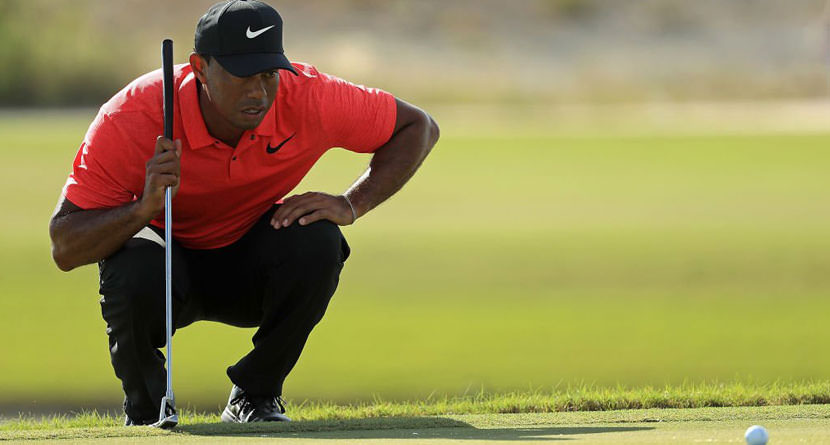 Just a few days after releasing a 1,700-word year-end blog post in which Woods wrote, “I wish I knew where I was going to play and when I was going to play – it’s a lot easier to prep for that – but we really don’t know,” the world now knows that Woods will begin his 2018 campaign at The Farmers Insurance Open at Torrey Pines on Jan. 25.

Woods also confirmed reports made in mid-December that he would be playing in the Genesis Open, an event run by and which benefits his Tiger Woods Foundation, which begins on Feb. 15 at Riviera Country Club.

ESPN.com’s Bob Harig had more on the official announcement.

Tiger Woods will make his 2018 debut at the Farmers Insurance Open later this month, his first official PGA Tour event since he missed the cut at the same tournament a year ago.

The tournament begins on Jan. 25.

Woods also announced that he will be playing the Genesis Open at Riviera, which is run by the Tiger Woods Foundation. That tournament begins Feb. 15 in Pacific Palisades, California.

“I haven’t played at Riviera in a tournament in a very long time,” Woods said on his website. “To be able to play in an event that I used to come to as an amateur, as a junior and now as the tournament host, that is on one of the most historic sites in all of golf, it’s a dream come true.”

Woods made his PGA Tour debut as a 16-year-old amateur at Riviera in 1992.

In December, Woods returned to competition for the first time in 10 months when he tied for ninth at the Hero World Challenge in the Bahamas, where he shot rounds of 69-68-76-65 to finish 8-under par.

Although he finished 10 strokes behind winner Rickie Fowler, it was an impressive return for Woods, who underwent a fourth back surgery in April and has started just four tournaments since August 2015.