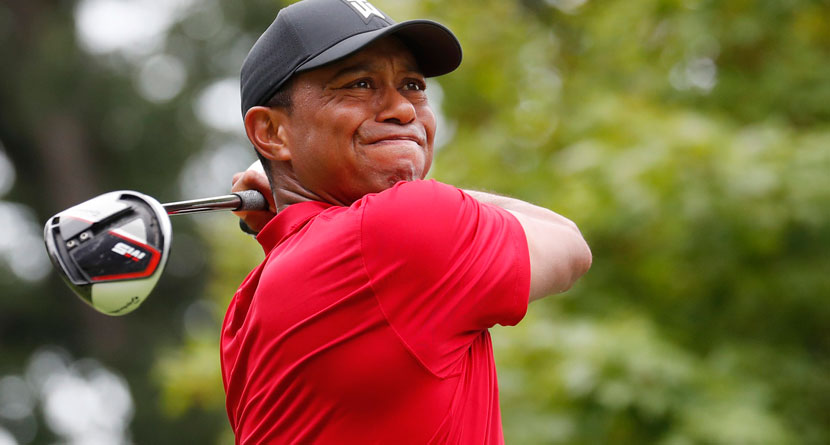 Tiger Woods went under the knife again last week, he announced via social media on Tuesday.

The arthroscopic procedure was performed on his troublesome left knee to repair minor cartilage damage. Woods said he is already up walking and still expects to compete in the PGA Tour’s Zozo Championship in Japan in October.

“I expect Tiger to make a full recovery,” Dr. Vern Cooley, who performed the surgery, said in the statement. “We did what was needed, and also examined the entire knee. There were no additional problems.”

“I would like to thank Dr. Cooley and his team. I’m walking now and hope to resume practice in the next few weeks. I look forward to traveling and playing in Japan in October.”

According to ESPN.com’s Bob Harig, this is believed to be Woods’ fifth surgery on his left knee dating back to his time at Stanford University in 1994. Most famously, Woods had surgery to repair a torn ACL following his victory at the 2008 U.S. Open at Torrey Pines.

Dr. Cooley is part of an orthopedic clinic in Park City, Utah alongside Dr. Thomas Rosenberg who performed Woods’ reconstructive surgery in 2008.

This is Woods’ first surgery since his spinal fusion in April of 2017. Over the past two years, Woods has routinely spoken about his “new normal” as it pertains to his health. Although he hasn’t had any major procedures since his fusion, Woods has missed time on the PGA Tour due to a neck strain, back stiffness and most recently, an oblique strain.

Woods is scheduled to take part in a four-man exhibition alongside Hideki Matsuyama, Jason Day and Rory McIlroy the week of the Zozo Championship in late October. After that, Woods is expected to play in his Hero World Challenge event in the Bahamas and then go to Melbourne, Australia where he will captain — and possibly compete — in the Presidents Cup.