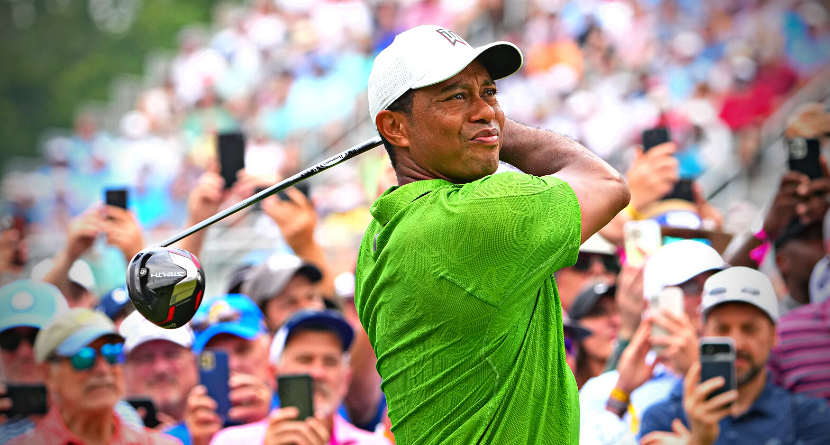 That’s it. That’s the list of athletes who have achieved billionaire status, with Woods becoming the latest to reach that threshold, according to a recent Forbes report.

The milestone was the focal point of a lengthy analysis of Woods’ wealth published under a provocative headline — “Tiger Woods Officially A Billionaire, No Thanks To The Saudis” — an acknowledgement of pro golf’s culture war and the 15-time major champion’s role as an unwavering loyalist to the PGA Tour cause.

And like Jordan and James before him, Woods has parlayed global superstardom into a slew of lucrative endorsements that dwarf his on-course earnings. A fellow Nike athlete who started wearing the swoosh right around the time he turned professional in 1996, the 46-year-old also serves as an ambassador for Gatorade, Monster Energy, Rolex, TaylorMade and Bridgestone.

A record-tying 82 professional victories have amounted to about $121 million in winnings, making Woods the Tour’s all-time leading money winner by a comfortable margin. But that comes out to roughly 10% of his net worth, Forbes concluded.

Video games, apparel, equipment — you name it, Woods put his stamp on it. Jack Nicklaus and Arnold Palmer might’ve been golf’s first superstars, but Woods’ mainstream popularity brought the sport into another stratosphere — and for that, he was paid handsomely.

“He hit the right time in the right sport, being an athlete with a diverse background who was approachable,” Columbia lecturer Joe Favorito told Forbes. “Brands love knowing they’re getting someone who is embraced not just by the traditional but also by the casual fans.”

Indeed, Woods has crossed this barrier at a fascinating moment for the sport he revolutionized. The LIV Golf Series is using blank checks to poach Tour stars on behalf of a political regime desperate to distract from its horrific human rights record, but Woods reportedly turned down a “mind-blowingly enormous” offer in the “high nine digits” to defect, according to the circuit’s mercurial CEO Greg Norman.

There’s also the matter of Woods’ resilience. He’s bounced back from injuries and scandals to maintain his earning potential and remain relevant three decades into his career, culminating in a fifth green jacket in 2019 that ranks among the greatest age-defying performances in sports history.

Today’s Tour is loaded with brand-conscious young stars who idolized Woods — not just for his performance but for his business acumen. Their legacies are intertwined with his, on and off the course.

You can read the full story here.