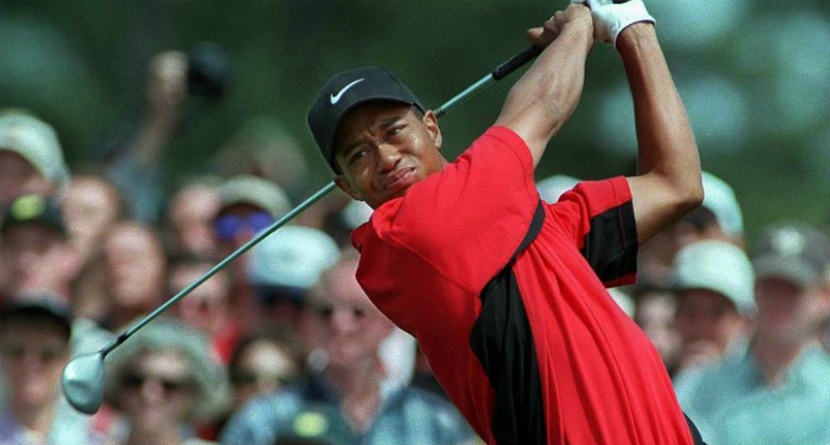 Even though Tiger Woods hasn’t been playing golf, he still makes headlines, obviously. On Monday, Woods will be in New York City for a book signing to promote his new autobiography “The 1997 Masters: My Story” which recounts that magical record-setting week in Augusta. This will be his first public appearance since withdrawing from the Dubai Desert Classic in early February due to back spasms. That same injury then forced him to withdraw from several more tournaments that was on his agenda, including the infamous presser WD at the Genesis Open where his doctors told him to “stay horizontal.”

The event will be held at 12:30 p.m. ET at the Barnes and Noble in Union Square and if you plan on attending, there will be strict rules to follow.

“Requests for signatures on memorabilia, book personalizing or photos with Mr. Woods will not be granted. This event will not include a reading, discussion or Q&A. Two book limit per person.”

Tiger Woods will sign copies of new book at a Barnes & Noble in NYC next week. This is terrific news: There’s still a bookstore in business.

Tiger also made an appearance on GMA Monday Morning to promote his new book and answered some questions about his current status, including whether or not he thinks he’ll be able to play this year’s Masters:

WATCH: “God I hope so…it’s meant so much to me” @TigerWoods on competing in @TheMasters this year: https://t.co/T3gtmmd6PF pic.twitter.com/zPSD0HLuiq

And then he took on host Michael Strahan in a putting competition:

Not only did he appear to be standing vertically, the stroke looked good and he even added a patented fist pump to boot!