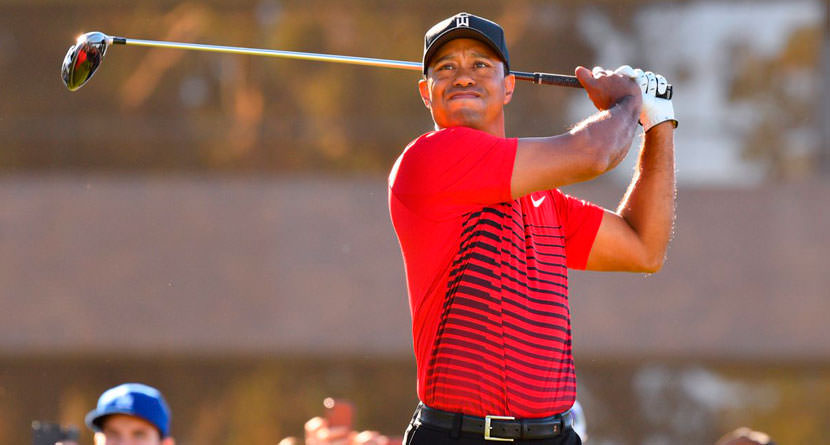 Tiger Woods still moves the needle in golf. Despite his lengthy layoff, the ratings from last weekend’s Farmers Insurance Open prove that his involvement in professional golf attracts more eyeballs than anyone else in the game.

According to the New York Daily News, Tiger playing all four days at Torrey Pines last week resulted in a 38% viewer increase from last year’s edition, which was won by current world No. 2 Jon Rahm.

CBS reports ratings increase at Farmers Insurance Open.
Final round- increase of 38% over 2017
Third round-increase of 53% over 2017#TheTigerEffect

Here’s the Daily News’ Tod Leonard with the full report.

Tiger Woods’ presence on the weekend in the Farmers Open had a big impact on television ratings.

CBS Sports’ Sunday final-round coverage earned a 2.9 overnight ratings, up 38 percent from last year and the highest-rated Sunday for Farmers in five years — since the last time Woods won in 2013.

Saturday’s third-round coverage was the highest for the tournament in seven years — 2.3/5, up 53 percent from last year.