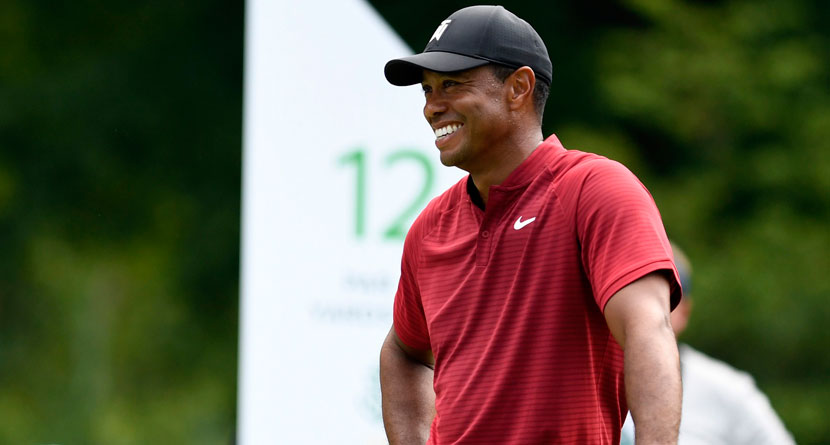 Out of all the athletes that have had a microphone stuck in their face, Tiger Woods is among the most seasoned in modern sports.

Having been “on the record” since he was in his early teens, it takes a special occasion or a certain audience to truly get Tiger to open up and be himself, but it sounds like the Australian radio show “Triple M’s Hot Breakfast” was able to do just that, even eliciting an expletive bleep while on the air.

Joining co-hosts Luke Darcy and Wil Anderson, Woods talked at length about his Masters victory earlier this year, his recent Presidents Cup captain’s picks and his experiences in Australia, including playing sandbelt golf as well as diving and spearfishing in the Great Barrier Reef.

He even expounded upon his best advice for amateur golfers: before anything else, hit the ball in the middle of the face.

His money quote, however, came when the hosts transitioned to Woods’ life after 50.

“For me, it’ll be simple: I love spearfishing. I love being in the water, I love hunting. I like going on hunting trips, fishing trips and diving trips so to me, just being out in nature is the f—— ultimate best,” Woods said, making the rare slip-up and giving the hosts an unexpected viral opportunity. “I don’t like being around a lot of people, in that regard,” Woods continued. “I like to be out in nature because that’s what I grew up, that’s what I do. Golf is always out in nature so to me, that’s the ultimate best.”