Tiger Speaks Out On Distance: Genie’s Out Of The Bag 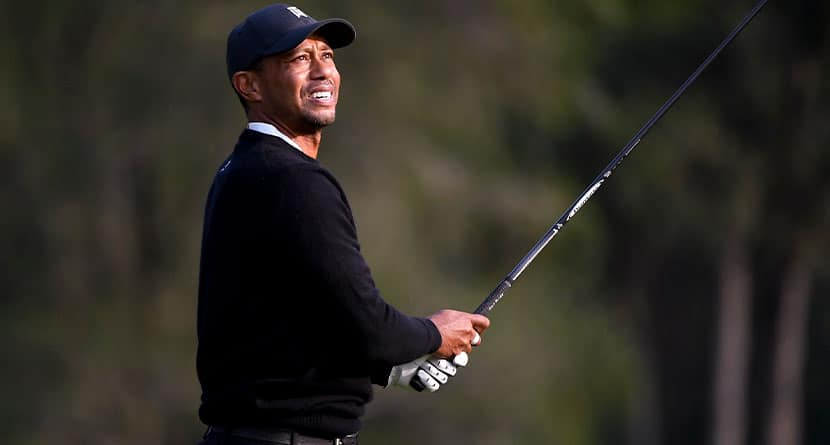 Tiger Woods’ first title defense of 2020 comes this week at the Zozo Championship at Sherwood Country Club, and while this marks only the sixth time Woods has teed it up since the lockdown, it’s the first time he’s spoken at length about the distance debate in months.

While Woods has been hit or miss at PGA Tour events, a new era of speed and distance has dominated the sport obviously precipitated by Bryson DeChambeau and since replicated by the likes of Rory McIlroy and Dustin Johnson, among others.

Meeting with the media on Tuesday in California, Woods reaffirmed his stance on the distance debate.

“Distance has always been an advantage,” Woods said. “Now that we have the tools, that being the launch monitor, the fitting of the golf clubs, the adjustability. I think all that plays into the fact that you’re able to maximize the capabilities of a driver. There’s no reason why you can’t pick up more yardage, and guys have done that. They’ve changed shafts, they’ve changed lofts, they’ve changed weights on their heads and length of clubs. Driving is such a huge part of the game and it’s so advantageous if you’re able to get the ball out there. It just makes the game so much easier.”

In between numerous questions about his Masters preparation and title defense coming up next month at Augusta National, Woods was put on the spot and asked his thoughts on whether or not the governing bodies should be worried about distance.

“They should have been worried a long time ago, but the genie’s out of the bag now,” Woods said, using a mixed metaphor. “It’s about what do we do going forward, and how soon can they do it. I don’t know if they’re going—you’re not going to stop the guys who are there right now. Guys are figuring out how to carry the ball 320-plus yards, and it’s not just a few of them. There’s a lot of guys can do it. That’s where the game’s going.

“There’s only going to be a small amount of property that we can do, we can alter golf courses. I just don’t see how they can roll everything back. I would like to be able to see that, as far as our game, but then we go back down the road of what do you bifurcate, at what level? So that’s a long discussion we’ve had for a number of years, for 20-plus years now, and I think it’s only going to continue.”

Woods tees off on the 10th tee Thursday alongside Matthew Wolff and Xander Schauffele at 1:45 p.m. EST.