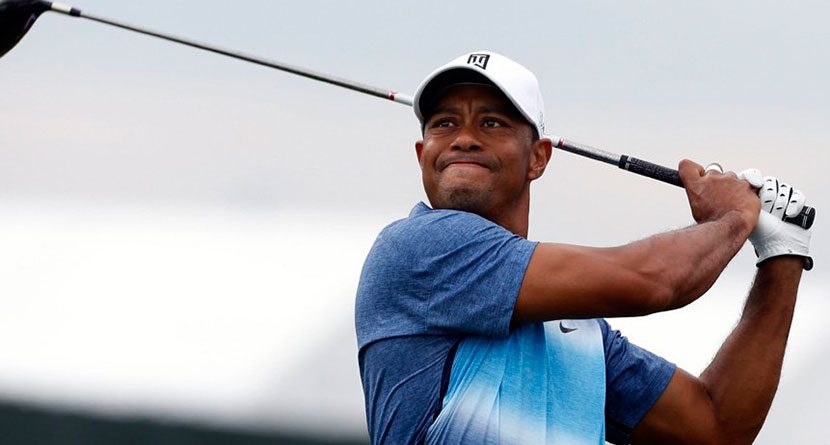 When news broke Wednesday evening that Nike would be getting out of the hard goods side of the golf equipment industry, minds immediately shifted to a certain 14-time major winner who, ironically, hasn’t swung a piece of Nike equipment in competition is a little under a year. How the Nike news would affect the likes of Tiger Woods, not to mention the Rory McIlroys, Brooks Koepkas and Tony Finaus of the world, was the next frontier.

Couldn’t play w/o clubs, balls & bag or men & woman dedicated to them. Grateful for their hard work & innovation from an amazing @Nike team

It’s because of these people we put the wound ball into extinction. They helped me win grand slam.

All indications are that very few of Nike’s staffers knew of the impending equipment exit, but Tiger doesn’t seem to be one of those left in the dark. Speaking with GolfChannel.com’s Will Gray, Woods’ agent, Mark Steinberg, intimated that he and Tiger have been discussing and preparing for an impending equipment switch.

According to Woods’ agent, Mark Steinberg, Woods’ apparel and footwear will continue to be provided by Nike in the wake of this latest announcement. His equipment, however, is now up in the air.

“Clearly he and I need to be thinking about a change on the hard goods side,” Steinberg told GolfChannel.com via phone. “He and I have discussed at length the plan for that, and feel comfortable with what we’re going to do going forward. But clearly, there’s likely to be a change.”

Woods used Titleist clubs before transitioning fully to Nike equipment. While Steinberg indicated he and Woods have “been digesting this for a couple of days,” their list of potential replacements has yet to be narrowed down.

“Look, the golf industry is a 20-company industry. So there’s a large list of companies that you can talk to that reputably can produce the proper equipment,” Steinberg said. “We’ll be proactive here, and make sure it fits Tiger’s needs and desires.”

Woods, 40, hasn’t played competitively in nearly a year while recovering from multiple back surgeries and it isn’t known when he’ll return to competition. While Steinberg reiterated that the announcement does not change Woods’ status as “one of the global icons for Nike and Nike Golf,” he added that no timetable is in place to make a choice regarding a potential new equipment provider.

“Just like his comeback to golf, I think timelines inhibit you,” he said. “So we’ll do this methodically, and in a proper way.”