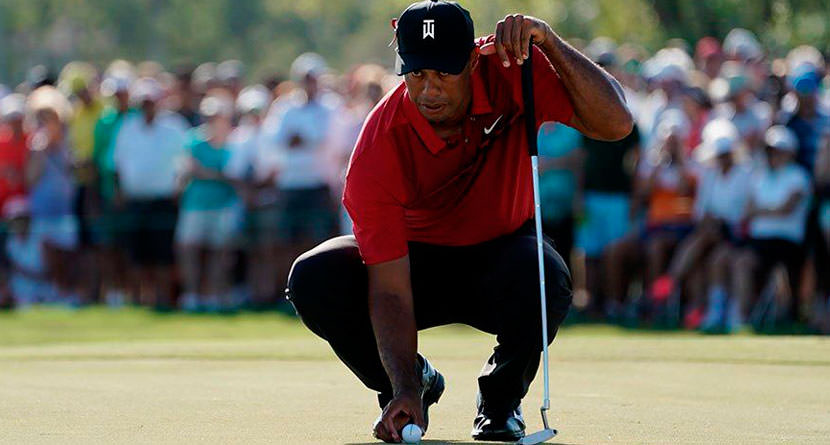 Tiger Woods is only 10 rounds into his latest comeback, but that small sample size has been enough to raise the public’s interest in seeing Woods attempt to win his 15th major championship in less than a month.

According to Business Insider, Woods solid play and return to Augusta National for the first time since 2015 has fans coughing up nearly $3,000 for single-day tickets.

@TigerWoods recent play has led to skyrocketing ticket prices for the @TheMasters Tournament https://t.co/b0bMeTmDuK via @businessinsider

After three PGA starts so far this season, two made cuts, and plenty of fist pumps and power shots that remind golf fans of the Woods of old, it finally feels like this might be the year that he can bring some of his magic back to the sport.

Fans seem to agree, as ticket prices have skyrocketed in recent days for those who wish to watch Tiger compete in the Masters for just the second time since 2013.

According to TicketIQ.com, the average price of a single-day ticket at Augusta this year is a whopping $2,948.42 on secondary markets. Compare that to $2,592.91 for last year’s Masters, and just the prospect of Tiger prowling the leaderboard in his Sunday red has effectively increased the price of entry by 20%.

Here is how the average price for a Masters ticket has fluctuated in recent years, with or without Tiger:

Should Tiger be in striking distance after the cut, you can expect the prices to shoot up even further as golf fans pay top dollar for the chance to see Woods claim redemption.

Bettors in Las Vegas seem to like Tiger’s chances more and more as the tournament approaches. Woods opened in August 2017 as a 100/1 long-shot to take the green jacket at the Masters, but after a month of solid play during which viewers have seen flashes of the Tiger of old, Woods’ odds have fallen all the way down to 16/1, the seventh best odds in the field. Justin Thomas is the current favorite at 15/2.