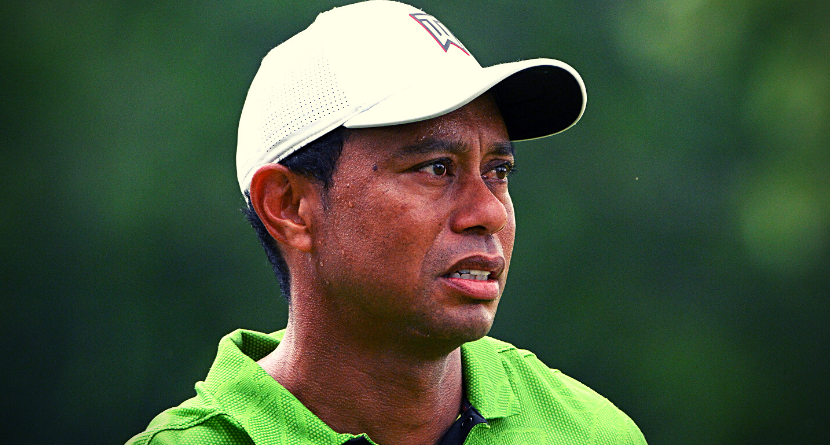 The two-time major champion dished on a range of topics — and issued a litany of spicy quotes — in a recent Washington Post profile, perhaps diminishing the impact of what would normally be a bombshell revelation about Woods. Per Norman, a deal in the “high nine digits” was pitched to Woods’ reps, though it’s safe to assume it was never seriously entertained.

The stakes for Woods in an alt-tour uprising are higher than most — especially given how scarce his playing opportunities are in the wake of his rollover crash last February. He’s been firm in his loyalty to the PGA Tour, acknowledging the perch it helps him occupy in the sport’s historical annals. And, accordingly, in the memo circulated to members Thursday announcing suspensions for the LIV Golf defectors, Woods was praised by commissioner Jay Monahan as a willing torch-bearer.

“This week, the RBC Canadian Open is a shining example of what you have created with the PGA Tour: a star-studded field, a committed sponsor, sold-out hospitality offerings, record crowds and a global broadcast distribution,” Monahan wrote. “These elements are part of the Tour’s DNA, built by the likes of Jack and Arnie, furthered by Tiger and countless others — whose legacies are inextricably linked, with each other and with the PGA Tour. This collective legacy can’t be bought or sold.”

Asked about the Saudi-backed rebellion at the PGA Championship — and the role his rival, Phil Mickelson, has played in it — Woods was surprisingly expansive.

“You know, [Phil Mickelson] has his opinion on where he sees the game of golf going, ” Woods said. “I have my viewpoint on how I see the game of golf, and I’ve supported the Tour and my foundation has run events on the Tour for a number of years. I just think that what Jack [Nicklaus] and Arnold [Palmer] have done in starting the Tour and breaking away from the PGA of America and creating our Tour in ’68 or ’69, somewhere in there, I just think there’s a legacy to that.

“I’ve been playing out here for a couple of years over decades, and I think there’s a legacy to it. I still think that the Tour has so much to offer, so much opportunity. … I understand different viewpoints, but I believe in legacies; I believe in major championships; I believe in big events, comparisons to historical figures of the past. There’s plenty of money out here. The Tour is growing. But it’s just like any other sport. It’s like tennis. You have to go out there and earn it. You’ve got to go out there and play for it. We have the opportunity to go ahead and do it. It’s just not guaranteed up front.”