Tiger Reveals What Kind Of Gum He Chews During Competition 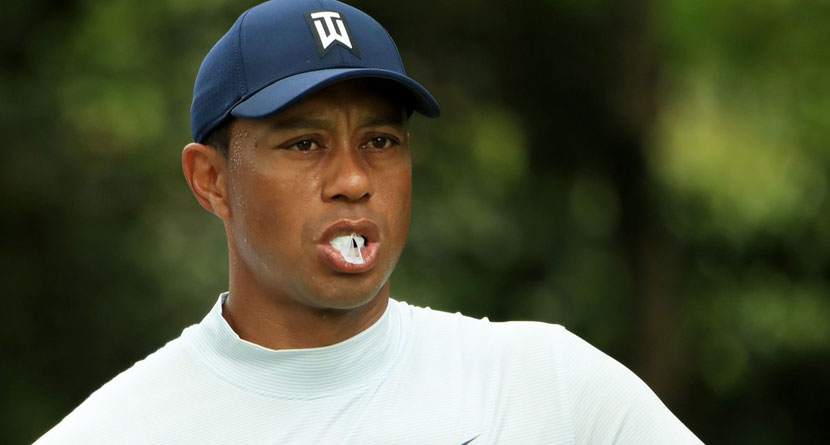 The questions surrounding the improbable victory were many: How did he do it? Was this the greatest comeback in the history of sports? What kind of gum was he chewing?

Admittedly, the third of those questions doesn’t stand the test of time like the previous two, but Woods’ incessant chomping on gum on the fairways and greens of Augusta National set off a mini firestorm in the golf community.


Only adding fuel to the fire was Woods’ coy response to a question about his seemingly new habit in the ANGC press center.

“Well, I’m chomping on this gum because I usually get hungry, I keep eating so much,” Woods said last year. “And it curbs my appetite a little bit, which is nice.”

People weren’t buying it. It had to be some super gum with benefits the average hacker couldn’t dream of getting their hands on, much less be able to afford it, right? Wrong, apparently.

What gum is @TigerWoods always chewing in competition? ?

In a question-and-answer video with his right-hand-man, Rob McNamara, Woods revealed the underwhelming, albeit accessible truth: he was chewing gum that you can get at any grocery store or gas station checkout counter.

“Joey (LaCava, Woods’ caddie) has this, um, orange, I believe it’s Trident,” Woods said. “But I ended up getting hooked on it too because I like the sugar and the flavor, and so that’s what Joey and I end up chewing to wake ourselves up.”

The gum can be found on Amazon for less than $8 for a pack of 12, but there’s no guarantee that it will help you play like Tiger.

Can’t hurt to try though.