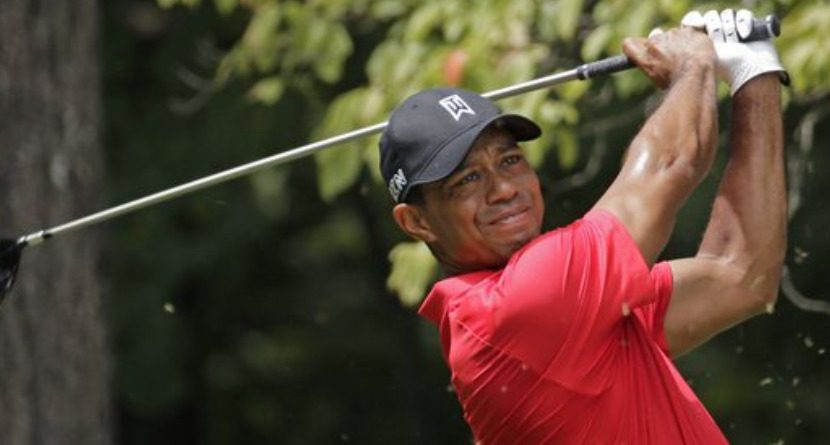 By the time people were still getting over the fact Tiger Woods withdrew from his first event in 14 months after committing just three days prior, he was hitting balls in public.

Woods was mic’d up on the range Tuesday at Monterey Peninsula Country Club giving tips to a members-only audience at a clinic hosted by his foundation.

There were two key takeaways: first, he’s still playing Nike clubs, but is shopping around; and two, he can still hit a golf ball.

Woods’ swing — while not at tournament speed —  seems to have taken hold under his teacher, Chris Como. In the third video above, you’ll hear Woods talk a little bit more about some adjustments he’s made, not dissimilar to what Brandel Chamblee spoke about on Golf Channel earlier this week when he broke down his favorite iterations of Tiger’s swings.