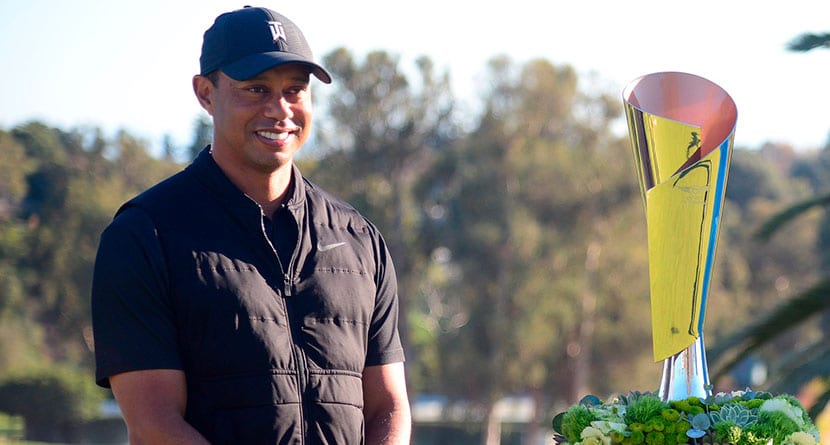 Tiger Woods was involved in a single-car rollover accident Tuesday morning that required the 15-time major champion to be removed from the vehicle using a pry bar and axe, the Los Angeles Sheriff’s Department said in a statement.

Woods was identified as the sole occupant of his vehicle and the LASD said he was transferred by ambulance to an area hospital.

“On February 23. 2021 at approximately 7:12 a.m., LASD responded to a single-vehicle rollover traffic collision on the border of Rolling Hills Estates and Rancho Palos Verdes,” the sheriff’s department tweeted. “The vehicle was traveling northbound on Hawthorne Boulevard at Black Horse road when it crashed. The vehicle sustained major damage.

“The driver and sole occupant was identified as PGA golfer, ‘Eldrick Tiger Woods.’ Mr Woods was extricated from the wreck with the ‘jaws of life’ by Los Angeles County firefighters and paramedics. then transported to a local hospital by ambulance for his injuries.”

This morning @LMTLASD responded to a roll-over collision in which @TigerWoods was injured. Please see our statement… pic.twitter.com/cSWOxKZC1w

Shortly after the Sherriff’s Department made its statement, Woods’ agent, Mark Steinberg released one of his own.

“Tiger Woods was in a single-car accident this morning in California where he suffered multiple leg injuries. He is currently in surgery and we thank you for your privacy and support.”

“Tiger Woods was in a single-car accident this morning in California where he suffered multiple leg injuries. He is currently in surgery and we thank you for your privacy and support.”

Multiple local news departments are on the scene as investigators attempt to piece together what happened.

Looks like Tiger covered quite a bit of ground, this kind of tracks the path from overhead pic.twitter.com/I3EOUQatHS

The LASD held a press conference at 6 p.m. EST to update their previous statement and answer some questions from the media.

Sheriff Alex Villanueva said Woods was traveling at a “relatively greater speed than normal” descending down a hill, noting that the area “has a high frequency of accidents.” Villanueva said that Woods was “lucky to be alive” as other crashes in the area have been fatal and that wearing his seat belt very well could have saved his life, according to the L.A. Times.

Villanueva clarified that there was no evidence Woods was impaired at the scene.

L.A. County sheriff’s Deputy Carlos Gonzalez was the first to arrive at the scene and said that Woods was “calm and lucid” as they waited for the L.A. Fire Department to arrive to extricate him from the vehicle.

“Comminuted open fractures affecting both the upper and lower portions of the tibia and fibula bones were stabilized by inserting a rod into the tibia. Additional injuries to the bones of the foot and ankle were stabilized with a combination of screws and pins. Trauma to the muscle and soft-tissue of the leg required surgical release of the covering of the muscles to relieve pressure due to swelling.”

The statement concluded by saying that Woods is “awake, responsive and recovering” and by thanking the first responders and medical personnel who aided him.

Woods was in the LA area for this past weekend’s Genesis Invitational at Riviera Country Club where he acted as the tournament host. On Monday, Woods was seen taking part with various celebrities such as David Spade, Jada Pinkett Smith and Dwyane Wade for an as-yet-unreleased series with his content partners GOLFTV.

(This post will continue to be updated as more information becomes available.)