‘Tiger Slam’ Clubs Could Fetch Over $1 Million At Auction 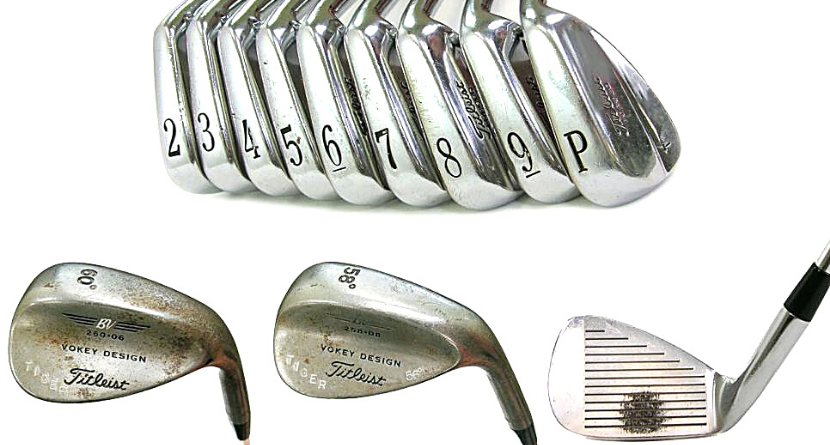 The clubs responsible for the most dominant stretch of Tiger Woods’ career will soon find their way into the hands of a mere mortal. And experts anticipate the lucky bidder could be out roughly a million bucks.

A Houston-area businessman has enlisted the services of Golden Age Golf Auctions to find a new home for the Titleist 681-T irons and Vokey wedges Woods used to complete the “Tiger Slam,” the 12-month period from 2000-2001 during which he held all four major championships at once.

The auction house, which is based in New Jersey, has previously presided over sales of such items as a 1934 Masters ticket and a green jacket that belonged to the Masters’ first (and third) winner, Horton Smith.

In the Woods memorabilia category, Golden Age once pulled in close to $400,000 for a backup Scotty Cameron putter circa 2002.

The bidding on the irons and wedges — which run from 2-iron to a trio of wedges, many of them stamped with a picture-perfect wear mark — started at $25,000 but had already eclipsed the $100,000-mark by Wednesday night. Golden Age founder Ryan Carey told Golf Digest that the clubs could easily become the first golf collectible to reach seven figures.