Why Tiger Has Never Been A Guest On Feherty? 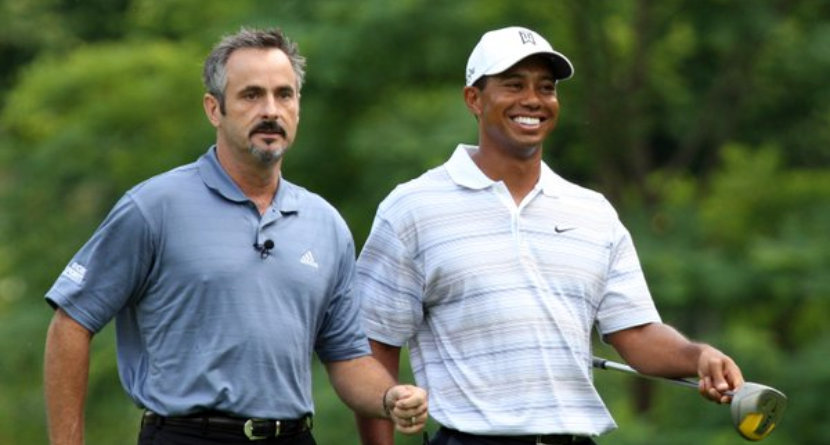 The much anticipated season seven premiere of Golf Channel’s hit talk show Feherty starring David Feherty, went off without a hitch on Monday evening with his guest being none other than Phil Mickelson. Needless to say, the stories were out of control, and that was only Part 1.

Last week, Feherty spoke with reporters about how difficult it was to lock down Phil for the first time in the show’s existence, and he was also asked about a certain 14-time major winner who seems to be noticeably absent from the show over the past six years.

Feherty’s reasoning is quite complicated, but the simple answer is that he hasn’t asked him yet.

“I just want him to be in the right place because I don’t want to do a show with him where he feels like he has to give pat answers,” Feherty said, according to a Golf Digest report. “I want him to be the kid that I know. I want him to lose the sort of iron dome.”

David Feherty explains why he hasn’t pursued Tiger Woods as a guest for his show (yet): https://t.co/cPsmWyUHla pic.twitter.com/WNJ48ZqxqX

Apparently, 20 years of being in the spotlight will do that to you.

“He gets followed from the parking lot to the locker room to the putting green to the range to the golf course and then back through the press area. Every time he finished a round, they wanted him to stand in front of a microphone for 45 minutes. Every single time that he played! I’m amazed he lasted as long as he did with that.

“It is too suffocating, it is,” Feherty continued. “There’s nothing equitable about it.”

Feherty has seen Tiger grow up inside the ropes, and call him a truther, but he still thinks he’s got what it takes to win again.

“I miss him out there. It was pretty freakin’ amazing,” Feherty said. “I never take for granted that I was there — I saw him win something like 50-60 times. It was a special time in golf. But I think he can win again, I do.”