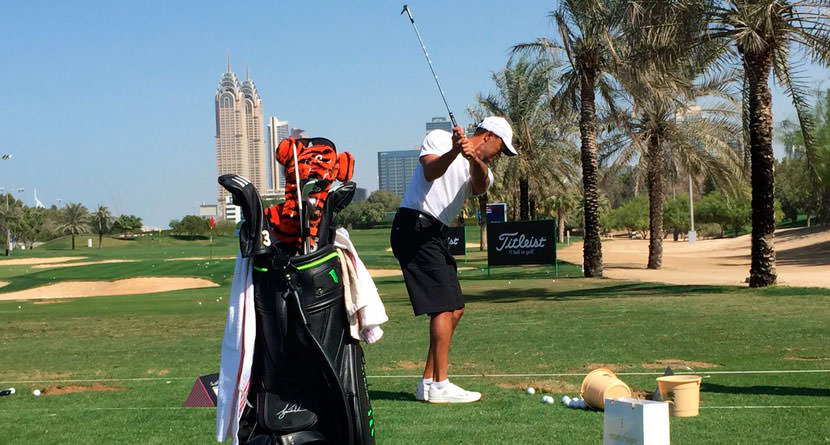 Tiger Woods’ first full-field PGA Tour event in a year is only a few days away, which means we’ll likely see parking lot to post-round interview coverage of the world’s 647th-ranked player.

By all account, there will be plenty different about this return for Woods, but one thing that may catch many amateurs’ eye is the adjusted warm-up routine Tiger has adopted, which could players of all age with a bulky back.

TMOF hears Tiger is making some changes on the range. https://t.co/udWPqpDNIp

Golfweek.com’s The Forecaddie had the report of Woods’ new woods-first practice routine and why it makes sense for him given his injury history.

Tiger Woods has been a creature of habit for most of his career, but The Forecaddie hears that the 14-time major winner has made one change to his routine inspired by another legend who has battled a balky back.

When Woods played with President Obama and Houston Astros owner Jim Crane last week at The Floridian, he walked onto the range and began his warmup by immediately hitting driver. Typically, Woods has prepared by hitting wedges, short irons, long irons and fairway woods before finally reaching for the big stick.

The Man Out Front hears Woods told folks at the Floridian that he got the idea after chatting with Fred Couples, who is known for his driver-first warmup before rounds. Couples has been plagued with back issues for 25 years.

“Think about it. Short irons into the turf are the worst thing for Freddie,“ says a fellow PGA Tour Champions player and friend of the ’92 Masters winner. “I’ve seen Freddie with six balls teed up in a row and he hits them with driver. He has his caddie tee them up.”

“It’s a longer swing. It loosens everything up,” says one teacher, explaining the theory behind Tiger’s change.

Hitting longer clubs to begin a pre-round practice session isn’t just for the infirm. John Daly has been known to hit driver first, while Tom Watson has long started his practice routine with a 3-iron.