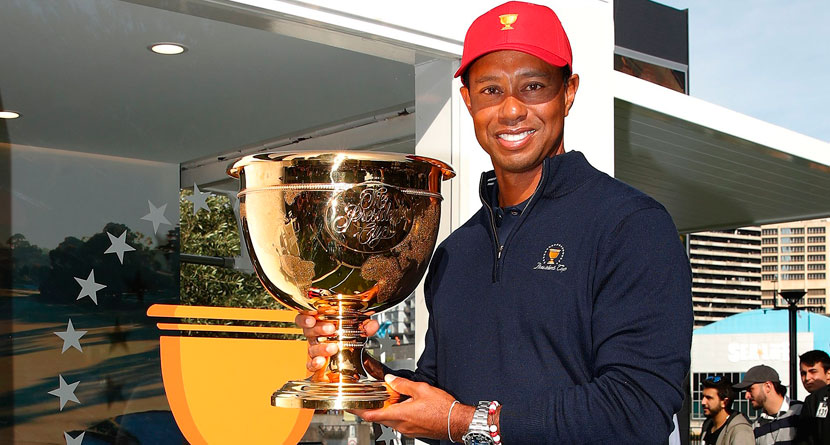 When it comes to international team competitions and making captain’s picks, there’s always going to be opinions about those who were “snubbed.” However, after Tiger Woods made his four captain’s picks for next month’s Presidents Cup team, there were more questions about one player’s inclusion as opposed to those who were left off.

With Finau and Woodland expected to be locks and all signs pointing to Woods picking himself after his 82nd PGA Tour victory two weeks ago in Japan, in many experts’ eyes there was only one pick to be made, and Tiger made a statement with his selection of Reed who seemed to burn a lot of bridges after going rogue following last year’s Ryder Cup defeat in Paris.

Captain America Is (Already!?) Back: Patrick Reed Gets A Presidents Cup Pick A Year After Ryder Cup Debacle https://t.co/H0oz0R0g0H pic.twitter.com/qTWi1R5Buv

“(Reed) has an amazingly solid record in the Presidents Cup,” Woods said. “This is a person that is as fiery as they come. He bleeds red, white, and blue and he will do anything to get points for you, and that’s what we want. He’s going to give you absolutely everything he has, and that’s admirable, and the guys are looking forward to embracing him and having him be a part of this team.”

It was just over a year ago that Reed went scorched-earth on a few of his peers as well as Ryder Cup captain Jim Furyk following a disappointing performance at Le Golf National. Now, Reed will be teeing it up in Australia while the recipients of Ryder Cup critiques — Jordan Spieth and Furyk — will not.

While the Reed pick would seemingly close the door on hopefuls such as Rickie Fowler, Kevin Na and Kevin Kisner, another spot may be opening up soon as top-ranked Koepka rehabs from a knee injury.

Woods said repeatedly on Thursday evening that he would keep close tabs on Koepka and make a decision when Koepka lets him know whether or not he thinks he can play. No decision has yet been made.