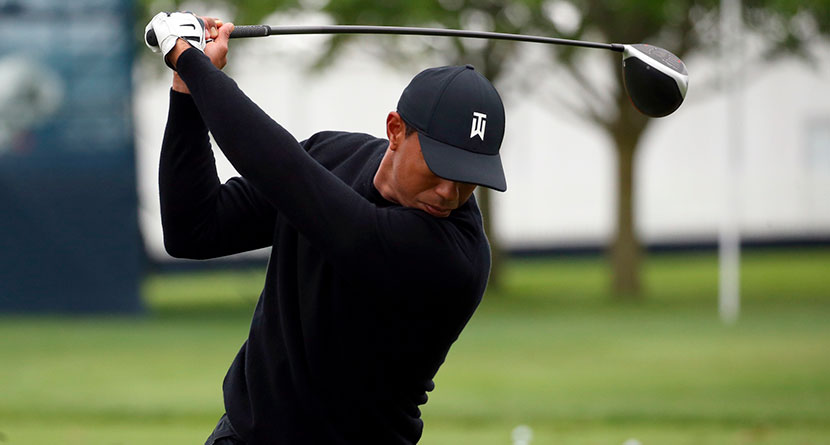 Getting the opportunity to see Tiger Woods in person is a spectacle that many people will never get to see.

The huge crowds that he garners, the innumerable cell phone pictures that are taken of him and the general circus that the 15-time major champion seemingly lives indifferently within are a sight to be seen, but getting a chance to watch Woods work on his craft in the solitude of a driving range is something entirely different.

Away from the chaos of security guards creating corridors through throngs of people and people incessantly screaming his name, the range is like a sanctuary of sorts for Tiger. It’s the place where he gets to do what he was put on this planet to do: hit golf balls as well as anyone ever.


That kind of sensual and visceral experience is like erotica for a golf nerd, and on Wednesday the world at large got to see why.

Running through his paces in the build-up to his first competitive round of golf of 2020 at the Farmers Insurance Open, PGA Tour cameras, with a huge assist from their sound editors, were able to capture the essence of a Tiger Woods practice session in all its ball-striking glory.

That 26 seconds was like a massage for your eardrums with the only differences coming when Woods went from chip-wedges to full irons, when he tossed down his alignment rod, and then when he began flushing his woods. Needless to say, the above clip has gone viral.