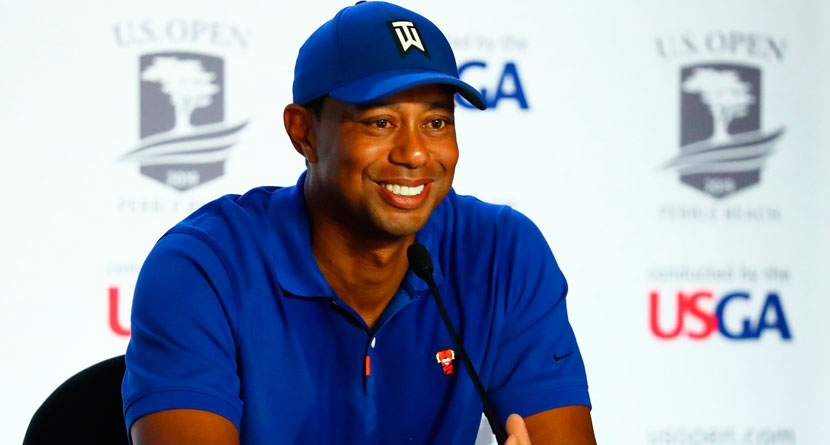 Tiger Woods has already left an indelible mark on Pebble Beach Golf Links, but now he’ll be able to add another chapter to that story thanks to an announcement made on Tuesday.

In a story broken by Golf.com’s Alan Shipnuck, Woods’ TGR Design firm has been commissioned to redesign a short course on the site of Pebble Beach’s nine-hole Peter Hay Par-3 Course.

“Pebble Beach has always been a special place to me,” Woods said in a statement on his website.  “It’s an honor for TGR Design and me to partner with Pebble Beach Company to design a new short course at such an iconic location.”

The course was named after a longtime former Pebble Beach club pro and has been host to many junior tournaments and charity outings, according to Woods’ release.

“Peter Hay’s founding vision for this course aligns perfectly with TGR Design’s ideals – introducing new players to the game, bringing families together, and providing a fun golf experience for players of all abilities,” Woods said.  “We at TGR Design look forward to building on and enhancing this vision with our redesign, which will incorporate more variety into the hole lengths and shot options, add more puttable areas within the green surrounds, and take advantage of the spectacular ocean views.”

According to Shipnuck, Woods has already begun making alterations to the design, flipping the routing counterclockwise and replicating the iconic par-3 7th hole from the big course onto the former Hay course.

Shipnuck also reported that the new design will elevate its standing within the resort. Previously, the site had been used for corporate infrastructure during the AT&T Pebble Beach Pro-Am as well as the annual Concourse d’Elegance car show in August. Going forward, the course will receive the same care as the big course. “Pebble Beach Company’s goal with the redesign is to elevate the year-round quality of its short course to that of its other golf courses,” the statement said. “In addition, the new short course will leverage the first-class amenities of the adjacent Pebble Beach Golf Academy, and offer an incredible food and beverage venue with expansive ocean views.”

Following in the footsteps of golf destinations such as Bandon Dunes, Pinehurst and Streamsong, Pebble’s own short course will give its resort guests another golf avenue for time spent away from the big course.

“We are thrilled to partner with Tiger Woods and TGR Design to transform the Peter Hay site into a world-class short course,” Bill Perocchi, Chief Executive Officer of Pebble Beach Company, said. “Tiger Woods and TGR Design are the perfect partners for this project, given Tiger’s commitment to youth golf and experience in developing fun, creative, and playable courses for golfers of all levels.”

The project is expected to be quick with a grand reopening slated for fall of 2020.