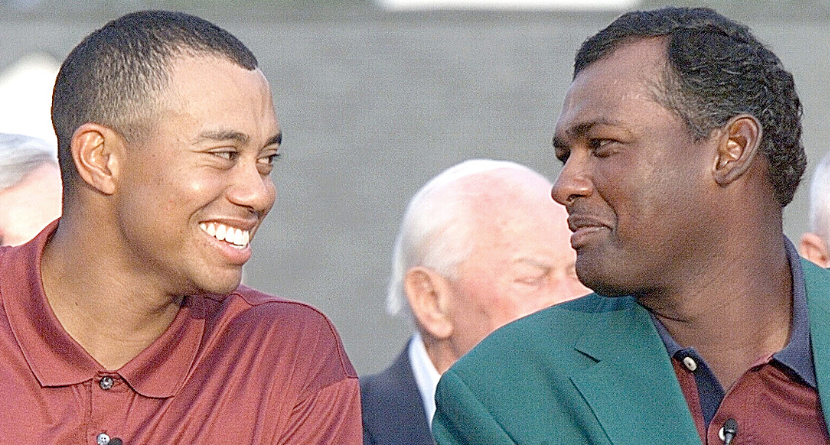 When you’re at the top of the food chain, there aren’t many menu items that give you pause. Tiger Woods honed a reputation for ruthlessly chasing victories with little regard for his peers. History was his rival more than any one man.

But according to veteran caddie Stevie Williams, who continues to peel back layers of his former boss’ mystique on the Chasing Majors podcast, there was one player who commanded Woods’ full attention when he was at the peak of his powers 20 years ago. And it’s not who you might think.

The answer? Vijay Singh, the three-time major champion who in 2004 submitted a PGA Tour Player of the Year campaign that stands up to some of Woods’ most dominant seasons.

“The two guys just hated to lose to each other,” Williams said on the podcast.

Singh collected nine victories in 2004, including the PGA Championship. He amassed more than $10 million in earnings and ascended to No. 1 in the Official World Golf Ranking, knocking Woods from a perch he had occupied for 264 weeks.

Interestingly enough, the Deutsch Bank Championship in Boston twice served as the backdrop for the Woods-Singh rivalry. The 2004 event saw Singh cash the winner’s check and supplant Woods as world No. 1. Two years later, it was the site of a memorable duel Woods won by two strokes after a final-round 63.

“Tiger was desperate on Sunday,” Williams said. “You know, just somehow get in the mix. And then he goes out in 29. I mean, it’s just it’s another story that’s just mind-boggling.”