Tiger Calls on USGA, R&A to Roll the Ball Back 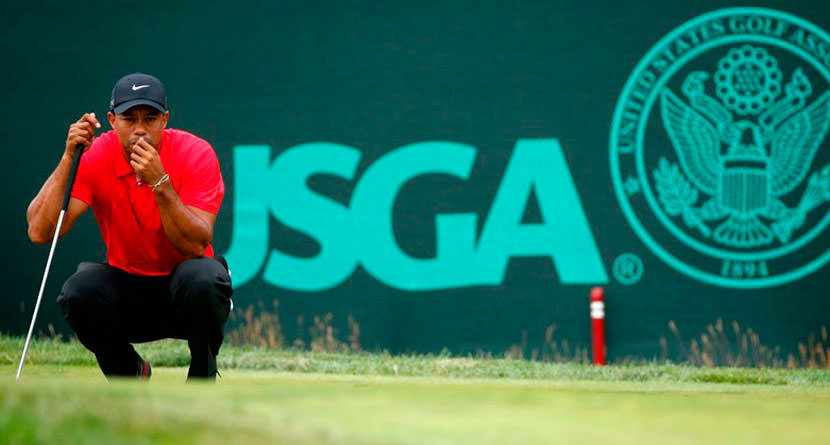 Getting Tiger Woods to open up and talk freely is a tall task, especially in the situations in which the public usually sees him. However, we got a relatively unfiltered Woods this week because his friend and fellow Nike endorser Geno Auriemma called and asked Woods to come on his new podcast.

The UConn women’s basketball coach’s podcast, “Holding Court with Geno Auriemma,” debuted last week with a two-part interview with NBA and WNBA All-Stars Kyrie Irving and Sue Bird. Auriemma followed that up with an hour-plus interview with Woods who dished on everything from his health and rehab to his restaurant and kids.

What’s making headlines, however, was Woods’ call-out of governing bodies as it pertains to the lengths the modern golf ball is traveling.

“We need to do something about the golf ball,” Woods said in a wide-ranging interview with UConn women’s basketball coach Geno Auriemma on the Holding Court with Geno Auriemma podcast. “I just think it’s going too far, because we’re having to build golf courses, if they want to have a championship venue, they’ve got to be 7,400 to 7,800 yards long.

“And if the game keeps progressing the way it is with technology, I think the 8,000-yard golf course is not too far away. And that’s pretty scary because we don’t have enough property to start designing these type of golf courses, and it just makes it so much more complicated.”

The 41-year-old Woods, who is making his latest comeback from fusion surgery in his back in April, told Auriemma that he has been awestruck at how far he has been hitting the ball while preparing to return at the Hero World Challenge on Nov. 30.

“I can’t believe how far I’m hitting the golf ball,” said Woods, who has not played competitively since February. “I’m back to hitting it my full numbers [yardages] and not really trying to do that. I didn’t realize how much I had dropped off because of the pain in my back and from me going at it and hitting it normal just because I just lived it from day to day and I really couldn’t tell the difference. But now I can tell the difference.”

During the interview, which took place two weeks ago, the 14-time major champion said he would be in favor of a huge change in the game — rolling back the golf ball.

“The USGA’s already looking at it,” Woods said. “They’re doing some research on what would the world look like if you rolled [the ball] back 10 percent, 15 percent and 20 percent.”

The entire interview is worth a listen for Tiger fans.