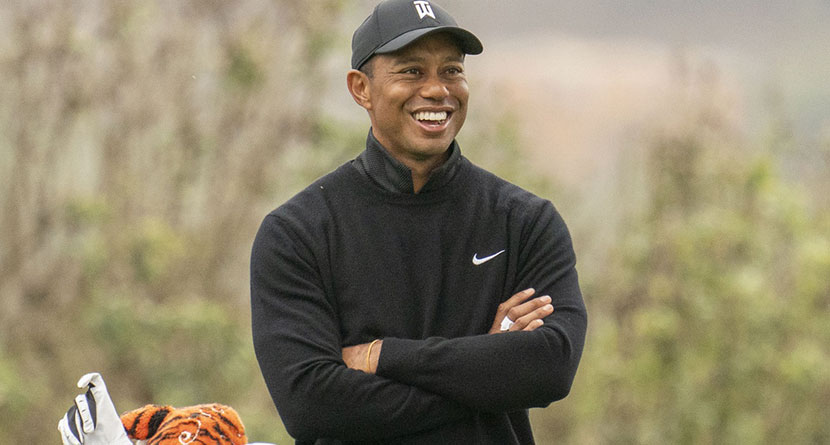 For the first time since the final round of the Genesis Invitational, the public saw Tiger Woods this past weekend as he posted a photo of himself to social media and was subsequently spotted watching his son, Charlie, compete in a South Florida junior golf tournament.

On Friday afternoon, Woods shared a photo of himself on crutches and in a walking boot next to one of his dogs, Bugs, on his backyard practice facility.

Woods’ facility has been undergoing a facelift, and Woods made mention of the progress in his caption.

“My course is coming along faster than I am 😃. But it’s nice to have a faithful rehab partner, man’s best friend,” he wrote.

An intrepid follower of Woods’ noted in mid-April that Woods appeared to be doing some work to his incredible backyard facility, sharing aerial photos of Woods’ home clearly under construction.

On Saturday, Woods was spotted riding in a cart with his girlfriend, Erica Herman, watching Charlie Woods compete in the PGA National Junior Open, a Hurricane Junior Golf Tour event.