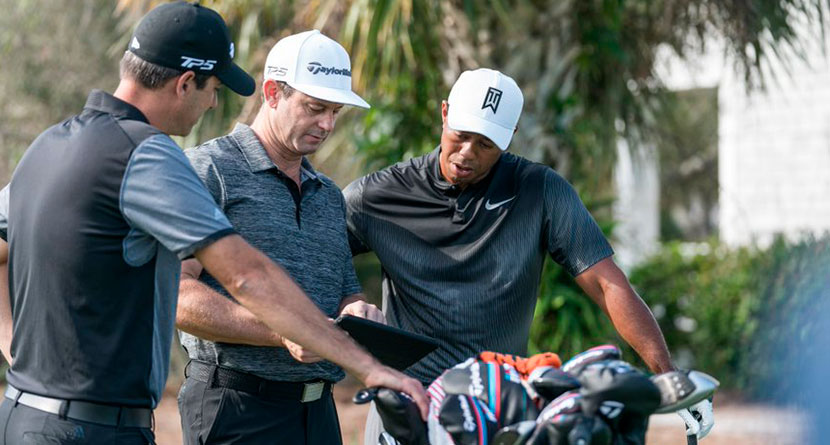 As part of major equipment companies’ annual roll-out of new equipment, many of their Tour staffers — especially the biggest names — are expected to put the latest and greatest in their bag, and that includes Tiger Woods.

The 82-time PGA Tour winner is beginning his 2020 campaign this week at the Farmers Insurance Open at Torrey Pines with a full complement of new TaylorMade metal woods in his bag. While Woods is a company man, he revealed that he’s not going to put the OEM’s new line of SIM drivers and fairway woods in until he’s completely dialed in.

“I feel like I ended the year on a good note and I felt like my game really didn’t need a whole lot of kind of dusting,” Woods said on Tuesday. “But I am putting some new woods in play this week, so I’m going to have to do the testing, making sure they’re ready to go. If not, I’ll go back to my old faithful.”


Woods was spotted with a TaylorMade SIM driver and 3-wood in his bag, and he went through some lengthy testing sessions following his time meeting with the media.

See what’s in @TigerWoods bag ahead of the 2020 @FarmersInsOpen, and his experience so far testing the new @TaylorMadeGolf SIM driver https://t.co/ZGH81tiSxo

“I have seen improvements in the new SIM. I’m a little bit faster, but still need to do a little more testing out here,” he said. “I think we’re going to add a little bit of weight to it, feels a little bit light to me right now.

“I know what my (M5) driver can do. I know my current driver’s not maxed out; it’s not supposed to be. It’s a driver where I can hit a draw anytime I want, and then when I do hit a cut, it doesn’t really go very far, but I know I can turn it at any given time. That’s what I want with the SIM driver. I want to be able to draw it and then hit my little slap cut up there, kind of shortening the fairway. Trying to find both, meanwhile giving me more distance with both shots, would be ideal.”

It also appears Woods will put the new Bridgestone Tour B XS 2020 golf ball in his bag this week as well.