Tiger Woods To Return At His Tournament In The Bahamas 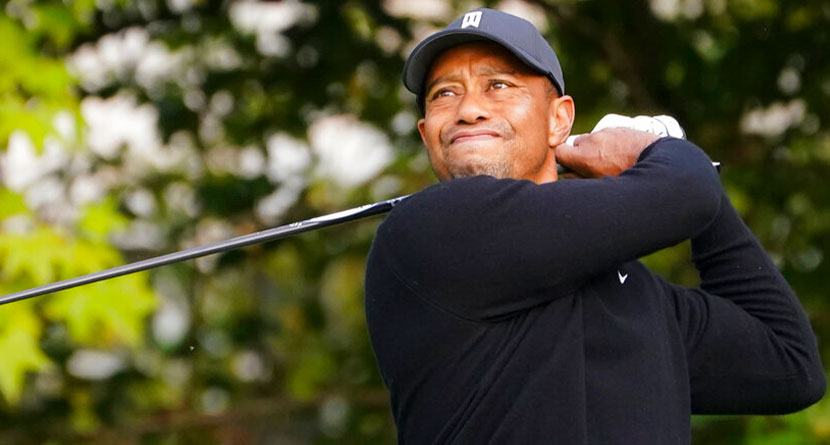 Tiger Woods made it official Wednesday by announcing he would return to competition as part of the 20-man field at the Hero World Challenge in the Bahamas.

It will be the first time Woods has played the Hero World Challenge, which benefits his foundation, since 2019.

Woods, who announced his decision on Twitter, has not played competitively since he missed the cut in the British Open at St. Andrews in July.

I am excited to announce that I will be in the field for this year’s #HeroWorldChallenge. A big welcome to @K_Kisner and @TommyFleetwood1 for joining us as well. See you soon at Albany!

That was only the third tournament he played in 2022, all of them majors. He made the cut at the Masters and PGA Championship, finishing 47th at Augusta National and withdrawing after three rounds at Southern Hills.

The Hero World Challenge is the start of a busy month for Woods, who also has agreed to play in a made-for-TV exhibition on Dec. 10 with Rory McIlroy as his partner in a 12-hole match against Jordan Spieth and Justin Thomas.

Woods also is expected to play in the PNC Championship a week later with his son, Charlie. They were runners-up a year ago in Orlando, Florida.

The 20-man field in the Bahamas receives world ranking points, with the caveat that sponsor exemptions must be among the top 50 in the world. There is an exception for the tournament host — Woods is at No. 1,245.

Woods said Tommy Fleetwood and Kevin Kisner would be the other exemptions, joining an already stacked field that has 17 of the top 20 players in the world. The only players from the top 20 not playing are McIlroy, Cameron Smith and Patrick Cantlay. Smith, the British Open champion, is ineligible because of his PGA Tour suspension for joining LIV Golf.

Also, tournament officials announced that Will Zalatoris has not fully recovered from a back injury that kept him out of the Tour Championship and the Presidents Cup. Zalatoris was replaced by former British Open champion Shane Lowry.