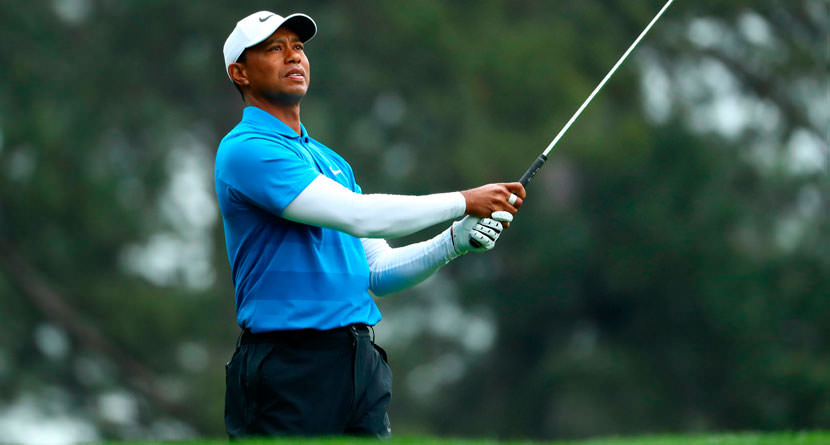 Tiger Woods’ indoctrination to TaylorMade equipment has been slow and steady. In advance of this week’s Wells Fargo Championship, Tiger’s first start since the Masters last month, Woods took to social media to announce that he will be playing a new set of TaylorMade irons this week at Quail Hollow.

Phase 1 of irons development with @taylormadegolf is complete. Looking forward to teeing it up this week!

The TW·Phase1 irons replace Woods’ TGR Prototype irons, which were the last clubs the Nike team made for him. Over the course of his latest return from spinal fusion surgery, Woods has put TaylorMade drivers, fairway woods and driving irons in the bag, but the introduction of the TW·Phase1 irons signifies the biggest wholesale change Woods has made since joining Team TaylorMade.

GolfWRX.com spoke with the folks at TaylorMade who helped design the clubs for Woods.

“We have been working closely with Tiger on the development, creation and refinement of a set of TaylorMade irons that meet his precise standards and preferences,” the statement read.

“As we continue to develop future iterations of Tiger’s prototype irons, “TW·Phase1” marks Tiger’s initial transition into a TaylorMade set. This set was built to his meticulous specifications. Based on the positive feedback and excitement expressed by Tiger regarding upcoming prototypes, we are encouraged by the ongoing creation process and look forward to what’s in store for the next phase of Tiger’s irons.

“As we work toward finalizing Tiger’s new irons, there will be more information to come, including a release date for golfers everywhere.”

Woods will put the irons into play on Thursday when he tees it up in Charlotte and likely again next week at The Players Championship.