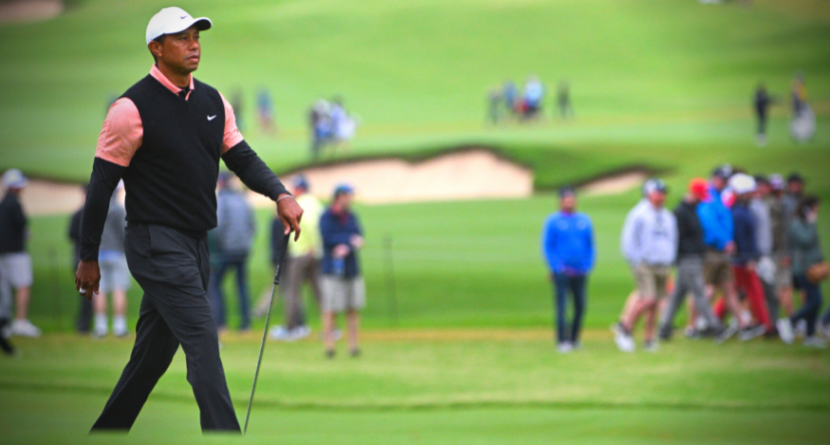 On the heels of his first withdrawal from a major championship that was already in progress, Tiger Woods announced Tuesday that his body is not yet ready to withstand the rigors of another one of golf’s most arduous tests.

Woods, 46, took to his social media accounts to reveal he won’t be competing in next week’s U.S. Open at The Country Club in Brookline, Mass.

The 15-time major champion will instead set his sights on next month’s Open Championship. One of his favorite venues, the Old Course in St. Andrews, is hosting the 150th edition of the event, and Woods has been professing his desire to compete there since his stunning return at the Masters.

But first, he’s committed to play in a star-studded tune-up, the JP McManus Pro-Am, at Adare Manor in Ireland.

“I previously informed the USGA that I will not be competing in the U.S. Open as my body needs more time to get stronger for major championship golf,” Woods wrote. “I do hope and plan to be ready to play in Ireland at @JPProAm and at the Open next month. I’m excited to get back out there soon!”

I previously informed the USGA that I will not be competing in the @usopengolf as my body needs more time to get stronger for major championship golf. I do hope and plan to be ready to play in Ireland at @JPProAm and at @TheOpen next month. I’m excited to get back out there soon!

Drastic swings in weather at Southern Hills Country Club in Tulsa had the effect of wearing Woods down over the course of his abbreviated stay. Playing in unseasonably cool conditions on Saturday, Woods moved gingerly on his reconstructed right leg. He carded a 9-over 79 before making the decision to drop out on Saturday evening, marking the first time in his career something other than a missed cut has ended his pursuit of a major title.

Still, making the cut in the first two majors of the season is yet another testament to Woods’ trademark toughness. With St. Andrews holding such a special place in his heart, he now has a much longer runway to get himself and his game in shape to contend for a Claret Jug.