Tiger Announces He Will Not Play 2017 Masters 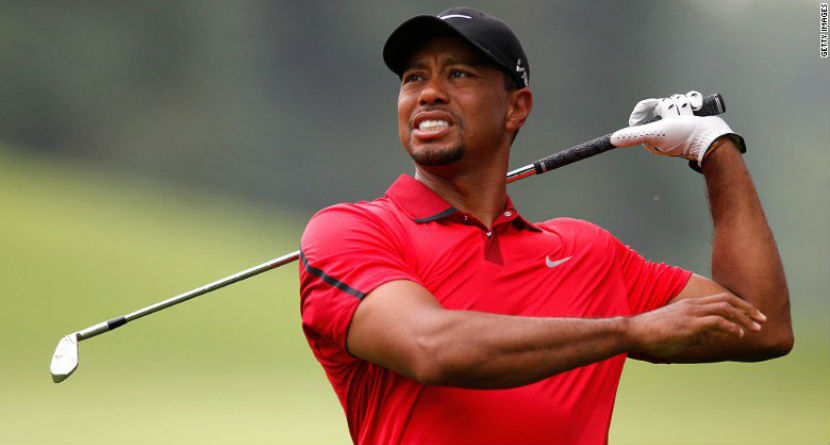 It’s official. After weeks of speculation, Tiger Woods finally announced Friday evening that he will not be competing in this year’s Masters due to the fact his body is not in “tournament ready” condition because of his ailing back. However, he will be in Augusta for the Champions Dinner Tuesday night.

We’ll let him explain. Here is the official statement from his website:

“Unfortunately, I won’t be competing in this year’s Masters. I did about everything I could to play, but my back rehabilitation didn’t allow me the time to get tournament ready. I’m especially upset because it’s a special anniversary for me that’s filled with a lot of great memories. I can’t believe it’s been 20 years since I won my first green jacket.

“I have no timetable for my return, but I will continue my diligent effort to recover, and want to get back out there as soon as possible.

“I’d like to pass along my regrets to Billy Payne, the Augusta National membership, staff, volunteers and patrons, that I won’t be there. I will be at the Champions Dinner and I look forward to seeing a lot of old friends.

“Augusta National has been a very important place to me and my family for over 20 years, and while I’m disappointed, it will be good to be back there Tuesday.”

This will be the second straight year, as well as the third time in four years, the four-time champion will miss the prestigious event. This year also marked the 20th anniversary of his historic 1997 win.