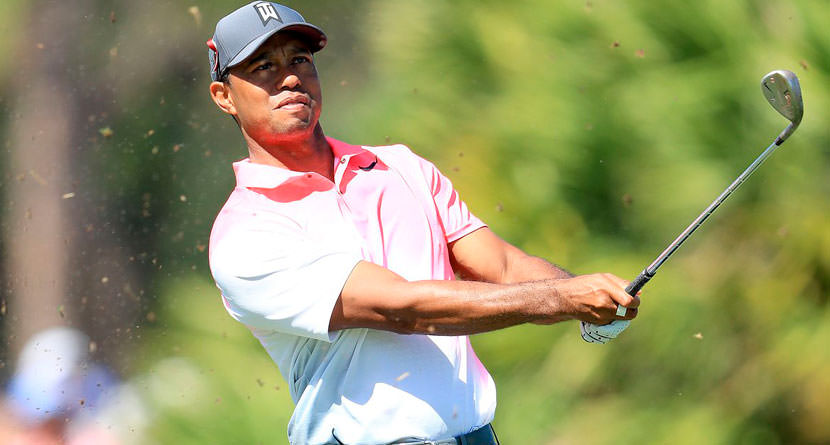 If you’re a bettor and a Tiger Woods believer, hopefully you’ve already made your wager on Woods to win the first major championship of the season.

Following his second made cut in three starts on the PGA Tour this year, and his best finish since 2015 at the Honda Classic, Tiger Woods’ betting odds to win the Masters have gotten significantly smaller.

Kevin Casey of Golfweek.com had more on the adjustment Las Vegas sportsbooks made following Tiger’s performance at PGA National.

Tiger Woods impressed at the Honda Classic, and (unsurprisingly) his odds at Augusta National have improved.

After opening at 100-to-1 odds to win the 2018 Masters, Woods went to 20-1 odds by mid-January. He went to 25-1 after his missed cut at the Genesis Open, but now he’s trending in the opposite direction after his solo 12th at PGA National.

Only six players are ahead of him now. Dustin Johnson is the favorite at 7-1, with Jordan Spieth second at 9-1. Rory McIlroy, Justin Thomas, Jason Day and Jon Rahm are all at 12-1.

And Woods is sitting pretty at his 16-1 number with Rickie Fowler.