Tiger Woods Yet To Announce If He Joins Strong Bahamas Field 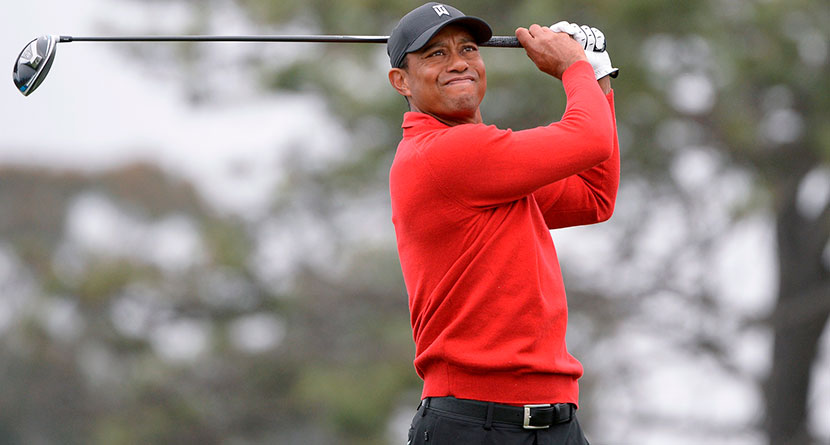 Tiger Woods has another loaded field for his Hero World Challenge in the Bahamas.

Woods on Tuesday announced 17 players for the 20-man field, and all but four are from the top 21 in the world ranking. Still to be announced is whether the player at No. 1,195 in the world — Woods — will tee it up at Albany.

Woods saved three spots for tournament exemptions, and it is widely expected he will play for the first time since 2019. He played three majors this year, most recently at the British Open in July.

Woods did not play the Hero World Challenge last year while recovering from his February 2021 car crash that badly injured his right leg, though he caused a big stir when he was seen hitting full shots on the back of the range. He returned two weeks later at the PNC Championship with his son, Charlie.

Among the newcomers to the holiday event are Will Zalatoris, Cameron Young, Sungjae Im, Max Homa and 20-year-old Tom Kim. The only players from the top 21 who chose not to play were Rory McIlroy, Patrick Cantlay and Shane Lowry. British Open champion Cameron Smith is not eligible because he signed with Saudi-backed LIV Golf and this is a PGA Tour-sanctioned event.

The field currently features 10 of the 12 Americans from the Presidents Cup team. Cantlay is not going and the other is Kevin Kisner, who most likely will get one of the tournament exemptions to be announced later.

Three of the five qualified players from the International team who will be in the Bahamas are Im, Kim and Hideki Matsuyama.