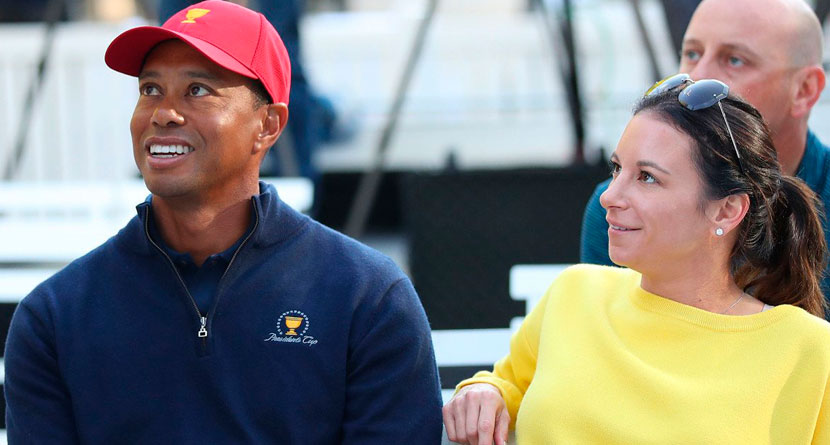 One week after Tiger Woods’ name was absent from a re-filing of a wrongful death lawsuit concerning Nicholas Immesberger, a former bartender at The Woods Jupiter who died in a drunk-driving accident, lawyers for Woods’ girlfriend and restaurant responded denying any wrongdoing.

Erica Herman, Woods’ girlfriend and the general manager of The Woods Jupiter, and the restaurant denied wrongdoing in documents filed on Monday afternoon in Palm Beach County court and requested a jury trial to determine the outcome of the civil suit that is seeking $15,000 for medical and funeral expenses.

Immesberger died of injuries sustained in the single-car crash after leaving the establishment on December 10, 2018. Immesberger had a blood-alcohol level of .256 at the time of his death, more than three times the legal limit. According to papers filed by lawyers on Monday, Immesberger’s THC level at the time of the accident was 13.3 ng/mL, more than five times the reporting limit.

Tiger Woods' girlfriend Erica Herman and restaurant, The Woods, filed a response to the lawsuit brought against them in the death of Nicholas Immesberger. They deny wrongdoing and demand a jury trial. The filing lays out a series of defenses, a few below⬇️ https://t.co/Ih7Z0BiD6F

The Woods Jupiter and Herman rebuttal provided answers and affirmative defenses to the lawsuit, saying that not only was the restaurant and its employees not culpable for Immesberger’s death but that he as well as General Motors hold most, if not all, the blame.

In a 15-answer rebuttal, Herman and the restaurant’s lawyers claim that it was Immesberger’s decision to “carelessly operate” his vehicle without wearing a seatbelt and considering his intoxication and THC levels.

Detailing a relevant legal threshold for liability, lawyers presented arguments that Immesberger was more than 50% at fault for his injuries due to his state of mind. Lawyers also detailed that the airbags in the Chevrolet Corvette he was driving did not deploy properly, which allowed him to be ejected from the car.

Subsequent affirmations detailed Immesberger’s lawyers knew that the car was partially to blame, but did nothing to prevent the vehicle from being “scrapped or destroyed after the crash occurred.” Similarly, lawyers failed to request The Woods Jupiter to preserve video from the night in question until three months after the accident.

Aside from the affirmations, which can be read in full here, the filing included a demand for a jury trial and a judgment against the plaintiff for costs and damages incurred.