Tiger’s Net Worth Is Mind-Boggling 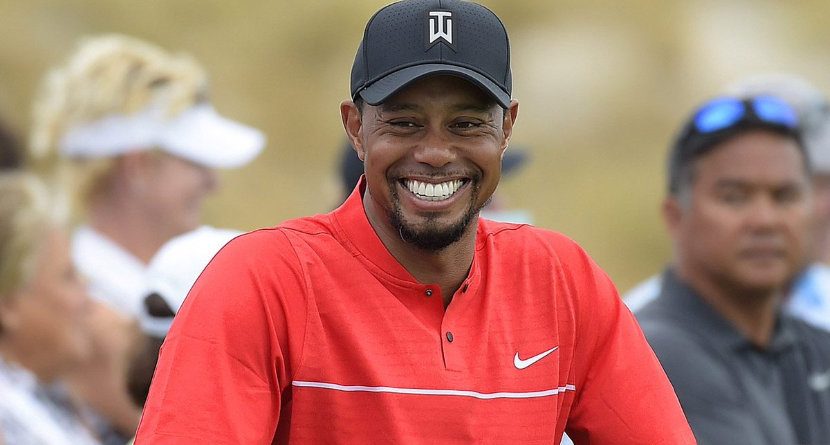 If there was any doubt it’s good to be Tiger Woods, this latest Forbes list confirms indeed it still is. Even when the man doesn’t play competitive golf for over a year, his wallet never seems to suffer. This past year saw Tiger launch his own venture firm as well as tack on a few new endorsements which always help, but the overall total is astonishing.

Recently, Forbes announced the first-ever list of America’s wealthiest celebrities, where Tiger ranked No. 7 with an estimated net worth of $740 million:

The 14-time Majors winner ranked between Diddy ($750 million) and Dr. Dre ($710 million). Star Wars creator George Lucas topped the ranks with a $4.6 billion fortune. The only other athletes to crack the top 20 were NBA-legend Michael Jordan ($1.2 billion) and Woods’ longtime rival Phil Mickelson ($375 million). Woods, who turns 41 on Dec. 30, is the youngest member of the list.


Woods has earned $1.4 billion from prize money, endorsements and fees from appearances and golf course designs since turning pro in 1996. It is more than any athlete in the history of sports (Jordan earned more when adjusted for inflation). Less than 10% of Woods’ tally is from prize money with sponsorships his main source of revenue.

Woods banked $100 million annually off the course at his peak in the late 2000s when he was the most sought after endorser in sports. He was the highest-paid athlete in the world for 11 straight years. Those days are long gone since his infamous 2009 Thanksgiving evening car crash and the resulting scandal, but Woods still managed to bank $45 million from endorsements and course design fees in the 12 months ending June 2016.

He ranked No. 12 among the world’s highest-paid athletes this year despite being sidelined from golf almost the entire time as he recovered from back surgery.

His golf course design business has gotten a reboot after some initial sputters tied to the financial crisis in the late 2000s. Woods opened his first U.S.-based course in 2015 outside of Houston (a previous Woods-designed course opened in Mexico the prior year). He has several other course projects in the works, including the Trump International Golf Club in Dubai set to open in 2017.

Woods has added two sponsors to his portfolio in the past month (Monster Energy and Bridgestone Golf). Woods maintains his relationship with Nike for apparel and also counts Kowa, Hero, Upper Deck and Rolex as sponsors.

Woods has several major assets to his name. His biggest physical asset is his $60 million, 10-acre property he bought in 2007 in Jupiter Island, Fla. Woods also has a lucrative PGA Tour pension estimated to be worth $20 million.

Xmas tradition that my kids love. Mac Daddy Santa is back! -TW pic.twitter.com/pCWZNNKPRG