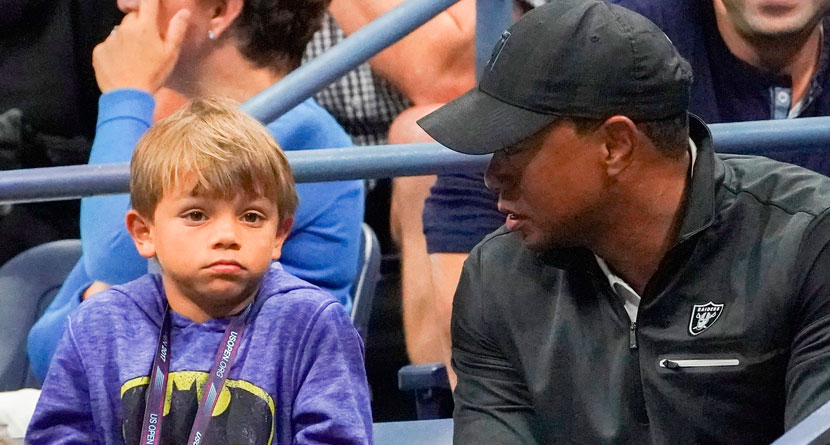 Growing up as the son of Tiger Woods, you’re born into some pretty cool perks. Aside from being financially set for the rest of his life, Charlie Woods appears to have inherited his father’s pointed sense of humor.

In a video shared last week by Woods’ TGR Events team, Woods masterfully side-stepped a request from an attendee and turned a question about giving away his old wedges into a great story about Charlie needling him about his poor putting from last year after the Wells Fargo Championship.

Woods finished that week 14 shots back of eventual champion Jason Day, largely as a result of a bulky putter that saw him lose more than two strokes to the field average on the greens and rank 72nd out 75 in strokes gained: putting.

Our founder @TigerWoods has a lot of accomplishments on the course, but off the course, he’s just like any other dad. #FathersDay #HappyFathersDay

“So, he saw me putt at Quail Hollow and said, ‘You want your back up putter back?’

“Okay, son, well said. I couldn’t have said it any better. It was such a great line, why’d he have to use it on me?

Woods’ putting woes have subsided somewhat, but he’s not nearly the cold-blooded assassin on the greens that he was in the early 2000s. In nine starts this year on the PGA Tour, Woods ranks 65th in strokes gained: putting.

Woods is expected to make his next tournament start at next month’s Open Championship at Royal Portrush Golf Club in Northern Ireland.