Brady Shuts Up Barkley’s Trash Talk With Hole Out 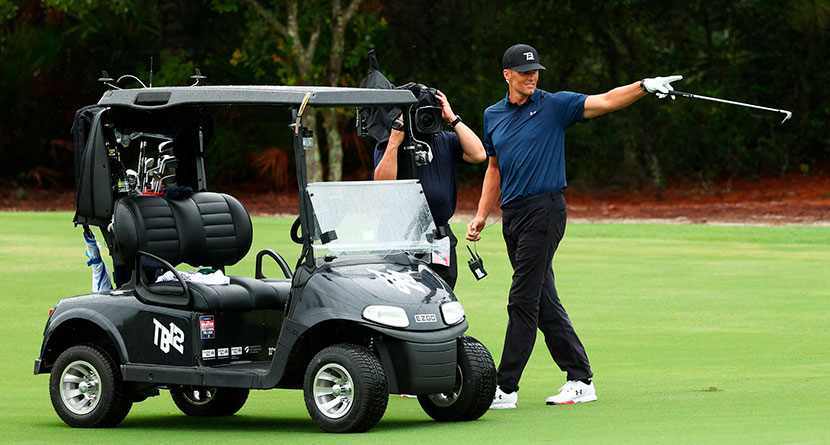 Tom Brady has had an incredible sporting life full of MVPs and Super Bowls, but what he did on Sunday during The Match: Champions For Charity might rank up there with some of his greatest accomplishments on the gridiron.

With Brady struggling at the start, Barkley was able to talk some trash and even felt confident enough to challenge Brady to a match with Barkley giving the shots.

“Come on, man, I’m going to give you some shots,” Barkley said via Brady’s earpiece. “I want some of you.”

In the fairway lying three, Brady did the unthinkable: he holed his birdie shot approach.

“Chuck, shut your mouth,” Brady said. “Take a suck of that, Chuck, Take a load of that medicine. Get your butt out of here. That’s what I needed.”

Of course, golf has a way of humbling people. Even having risen to the smack-talk occasion, Brady was immediately humbled upon reaching the green. When he went to pick his ball out of the hole, his pants split.

Tom Brady sinks it from the fairway then splits his pants taking the ball out of the cup ??? pic.twitter.com/fx97FYEwzp

The Brady hole-out was only one of the many highlights to come from The Match II, but the Tampa Bay quarterback and his teammate, Phil Mickelson, weren’t able to overcome their slow start, losing to Tiger Woods and Peyton Manning 1-up.