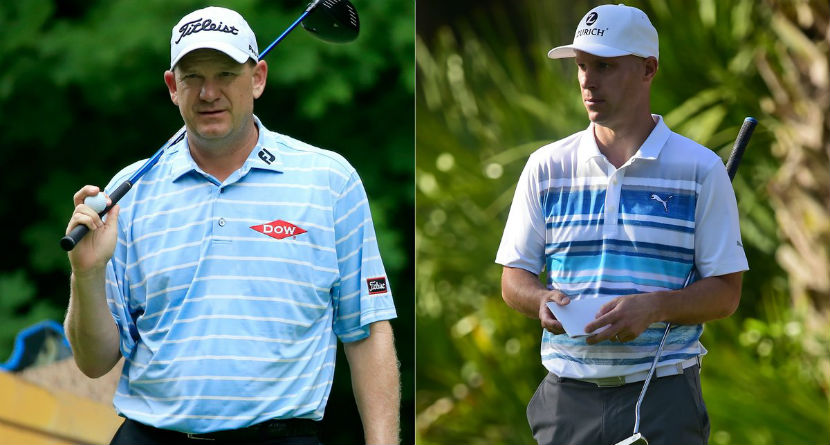 The only thing worse than not paying off a gambling debt is being called out for it in public. That’s precisely what happened when former PGA Tour player Tom Gillis took to Twitter on Wednesday to call out current Tour member Ben Crane, for his slow-play, and also for not owning up to a bet that he apparently lost during a putting contest.

Here was the initial cryptic post Gillis tweeted for the world to see.

@bencranegolf Not only do u STEAL players time on the course now your not paying off your bets. 6k on putting green. Minister wld b proud

@tcgillis $6k in a putting contest!? What happened Gilly?

But according to Gills, it’s a fairly straightforward story.

Not much of a story. One dude lost 6k and won’t pay. He thinks he should get to play PING PONG to even it up. What’s next a big wheel race? https://t.co/xpxXX9wwaM

When asked what the bet entailed, his response was plain and simple.

But who does Crane owe the six grand to? Obviously, it’s not Gillis.

It’s not me. I would never putt for that https://t.co/7vkHl61jJY

However, it appears his public disgracing tactics worked and Crane caved.

@tcgillis why would you resort to twitter about a bet between @bencranegolf and your friend seems kinda #highschoolish to me.

After some further investigating, @db_straitvibin a.k.a. Daniel Berger is mentioned in this hilarious Instagram post courtesy of Charley Hoffman and could very well be the man who took $6,000 off notoriously slow Ben Crane.

@db_straitvibin is @bencranegolf digging into his pockets here to pay off the money he owes you or is he at a complete stand still like usual? @zurich_classic @secretpgatourpro

According to Golf Channel, Crane offered no comment when approached during his pro-am at this week’s Zurich Classic of New Orleans.

UPDATE: The payment has been made.

Payment has been made in full????. Well done @bencranegolf