Weiskopf: Rory Doesn’t Have “Determination To Be The Best” 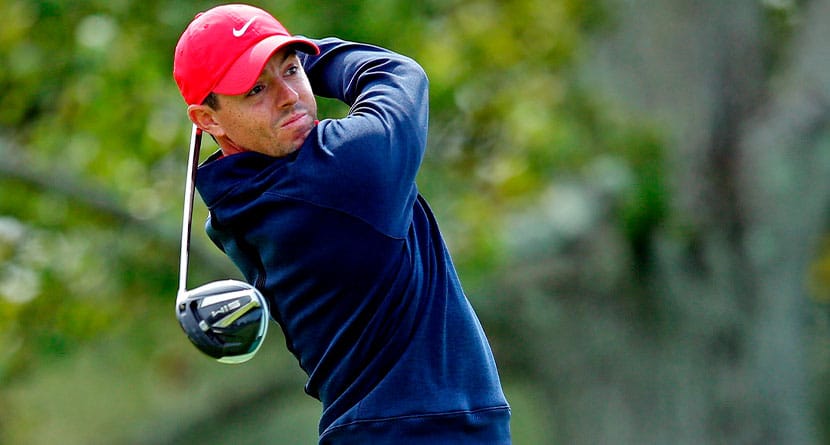 Rory McIlroy’s six-years-and-counting major championship slump is something that has flummoxed golf fans and pundits alike given the talent and game the Northern Irishman has shown outside of the four biggest events on the calendar each year.

Tom Weiskopf, however, the 16-time PGA Tour winner, isn’t so surprised by McIlroy’s lack of success of late in the majors, and he didn’t sugarcoat his opinions in a recent interview with Adam Schupak of Golfweek.com.

Fresh off a November Masters, Schupak’s Q&A naturally started with Dustin Johnson’s victory at Augusta National and dovetailed into McIlroy’s struggles at The Masters, a juxtaposition that Weiskopf drew distinctions between the two, and even intimated that he and McIlroy may be more cut from the same cloth.

“I didn’t really have the passion or the effort that I wanted to put into it and everyone kept pushing me to put into it,” Weiskopf said. “Golf was more a means to an end for me. It was a way to give my family the best possible life they could have.

“I look at Rory McIlroy and I think golf is something just for Rory to do. I’ve said it for a while now that I don’t think he’ll win much more than the four (major championships) he’s got or maybe five because I don’t see that determination and will to be the best. I think it is there in Dustin Johnson.”

“I look at Rory McIlroy and I think golf is something just for Rory to do.” https://t.co/QmFxYCAmkH

Weiskopf expounded upon his “something to do” for McIlroy comment.

“I don’t know what it is,” he said. “Maybe the way he interviews. I don’t see any frustration. Life is good and it should be – he’s a multi, multi-millionaire and has a kid now – but I don’t see the Tiger attitude. It’s like he’s satisfied all the time. The guy is not a good putter. He can hit some putts so off line with the wrong speed. He’s technically not a good putter but one of the purest swings you’d ever want to watch play in the game.

“Technically, he’s superior to Dustin Johnson, but Dustin has the confidence to do it every time. I know Rory works out, but I bet if you watched them both work out, Rory would be a lot of laughs and giggles and Dustin would be balls to the wall and forcing a little bit more on himself and that’s what he’s done.”

Interestingly enough, it was in one of those interviews that Weiskopf mentioned that McIlroy more or less said the same thing.

“Sometimes, I’ve had that in the past where I see myself as the golfer, and basically the only thing that matters is what I shoot that day,” McIlroy said after winning the Players Championship last year. “That’s not me. That’s where perspective is huge. If I go out one day and shoot 74, who cares. I’ll go back the next day and try again. Perspective has been a big thing for me.”