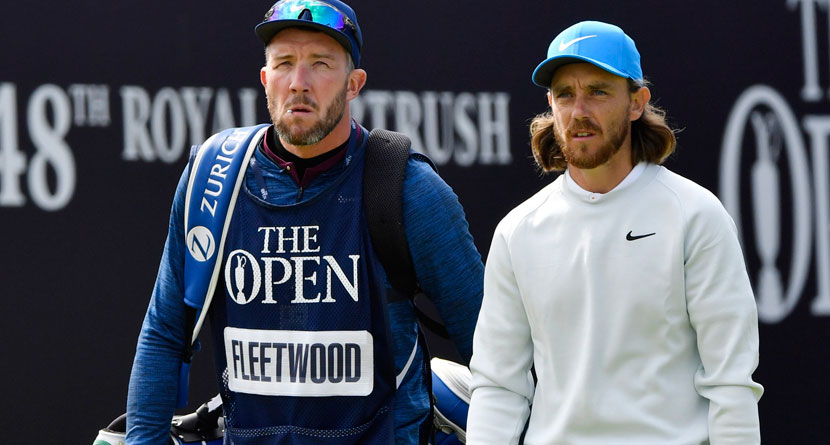 Practically every golfer has a go-to club in their bag or stashed away in their garage that they can always go back to when things get a little wonky — and that includes the No. 13-ranked player in the world, Tommy Fleetwood.

For Fleetwood, an Odyssey DFX 2-Ball Blade putter was his safety blanket growing up, and earlier this year, Fleetwood’s caddie, Ian Finnis, scoured the internet and found the same model putter and bought it for £90 off of eBay as a gift for his boss’ birthday.

Finnis re-shafted and re-gripped the club, and to his delight, Fleetwood put it into play earlier this year at the AT&T Pebble Beach Pro-Am. The 2-Ball stayed in the bag for a little while before Fleetwood returned to his Odyssey White Hot Pro #3, a blade putter that Fleetwood said he uses to release the club in his stroke.

However, after a few poor putting performances, the Southport native put his childhood model back in play in order to get his stroke back on track, and it worked as he posted his lowest opening round of the year on the European Tour — a 5-under par 65 — at the Omega European Masters on Thursday thanks to a 21-putt performance.

“We tried this putter earlier on in the year,” Fleetwood said. “I’ve putted with a blade putter for a while — like three years — because I need the rotation, I need the release in my stroke. The last three or four weeks, I’ve putted poor. The putter I was using is fine when I’m putting well, but when I’m stroking bad like my tendencies, it was literally making it worse.

“Did a bit of work with Phil (Kenyon) this week, tried this putter earlier on in the year, which helped me with my lining up and my path a bit and put it back in. Today, it worked really well. It was nice to hole a few putts. There’s nothing better than holing a few putts. It eases everything off when you’re going into the greens.”

Tommy Fleetwood shot 65 with 21 putts using a second-hand Odyssey DFX 2-Ball Blade his caddie, Ian Finnis, picked up as a gift for $109.

The putter stayed hot as Fleetwood hoped it would, and he posted a second consecutive 5-under par 65 to sit at 10-under par through two rounds, one shot back of Gavin Green as of this writing.

Tommy Fleetwood is using a £90 putter his caddie bought on EBay. The limited edition putter has the same neck as Fleetwood’s old putter and was a gift from his caddie Ian Finnis who re-shafted and re-gripped it after buying it at the start of the season. It’s also the same putter Tommy used growing up. @officialtommyfleetwood #OEM2019