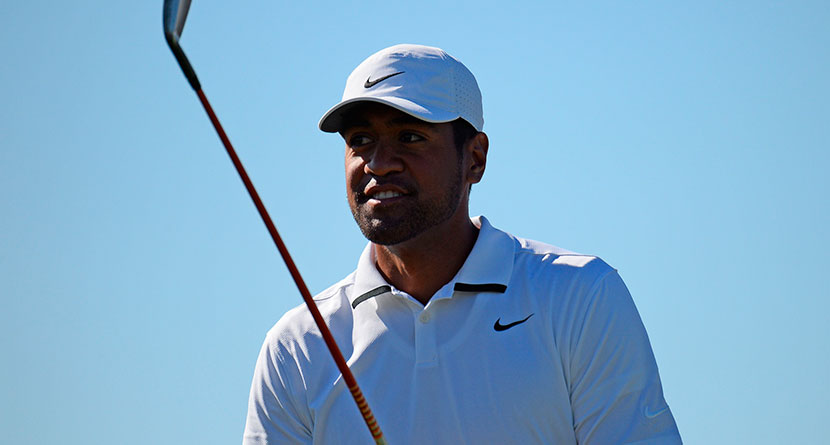 There’s a saying about great art coming from pain, but there’s no explanation about whose pain requires that inspiration.

With that in mind, fresh off of Tony Finau’s disappointing loss last weekend to Webb Simpson at the Waste Management Phoenix Open, English golf fan Sam Harrop put pen to paper and came up with an ode to Finau’s latest near-miss.

The winner of just one (opposite-field) PGA Tour event over the course of his career, Finau’s runner-up finish at the WMPO became the sixth second-place finish of his career and the 35th (!) top-10 of his relatively short career (151 starts).

Despite his 23% top-10 clip, all most people care about are wins, which is the direction Harrop took his song, which was set to the tune of REO Speedwagon’s “Can’t Fight This Feeling.”

So…I decided to pen an ode to Tony Finau, set to the tune of an REO Speedwagon classic. As you do.

First time I’ve done something like this, so go easy on me ?

The song is full of great little nuggets that run through Finau’s career beginning with his loss to Xander Schauffele at 2018 WGC-HSBC Champions and running up through last week’s loss to Simpson.

To Finau’s credit, he caught wind of the song and reached out to Harrop via social media in good spirits.

?? loads of funny lines. I dig it bro @sam_golf after the next win I’ll be looking for the remix! https://t.co/Kelhg5qnBT