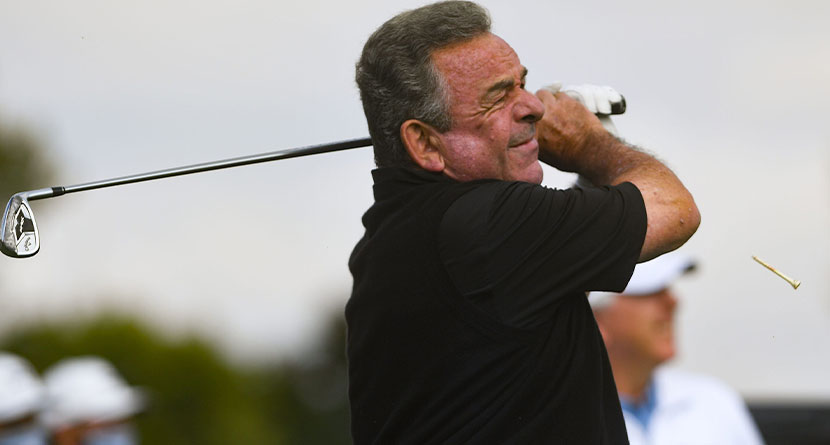 Amid the firestorm that has engulfed Phil Mickelson over the past month, an unlikely defender has come to the 51-year-old’s aid: two-time major champion Tony Jacklin.

Speaking to Golf Monthly, Jacklin has the view that Mickelson has raised some good points and pointed out flaws in the PGA Tour’s business model, but because of the source of the money he’s using as leverage, his complaints and concerns are being chalked up to his own greed, ironically.

“If he was genuinely trying to get the PGA Tour off its backside to do more for the players than they have been doing, and found a way to do it, then if that’s what it was, I don’t see a hell of a lot wrong with it,” Jacklin said.


The winner of the 1969 Open Championship and 1970 U.S. Open, Jacklin pointed out that Mickelson’s posturing has already resulted in numerous increases in payments earmarked for the game’s top performers — more FedEx Cup money and more Player Impact Program money, among other initiatives.

Further, the “holier-than-thou” attitude about where the money is coming from should be applied across the board, Jacklin said.

“There’s lots going on at the DP World Tour. Isn’t that Arab money? Isn’t that coming from Dubai? You can’t scrutinize where every buck, pound or euro comes from,” he said.

He concluded by saying Greg Norman and Mickelson had to have gone into this public battle expecting blowback, but there’s still more to come and Jacklin is waiting for it to play out.

“I’m just waiting for it to get more further along,” he said. “From what I gather, at the Players Championship, something else will unfold and we’ll get to hear a bit more.”