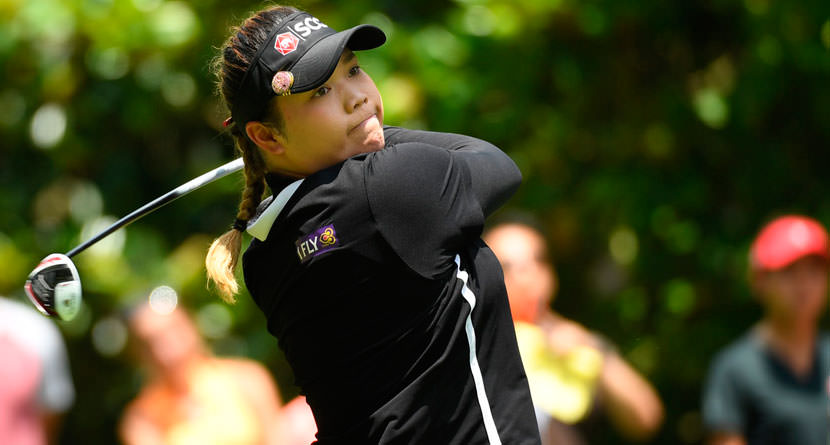 Ariya Jutanugarn built up a seven-stroke lead on the back nine of the U.S. Women’s Open only to see it disappear.

The 2016 Women’s British Open champion wasn’t deterred by what was being labeled a collapse for the ages; she fought back from a one-stroke deficit in the new USGA two-hole aggregate to force a sudden-death playoff hole against Hyo-Joo Kim, which Jutanugarn won on the second hole thanks to an incredible up-and-down from the back bunker.

The win was Jutanugarn’s ninth LPGA title and her second major championship. Here’s the equipment that was in her bag.

What’s In Her Bag

From a seven-shot lead, to a playoff, to the top once again. Ariya @Jutanugarn is the 2018 #USWomensOpen champion! pic.twitter.com/Px2GDZZ9on