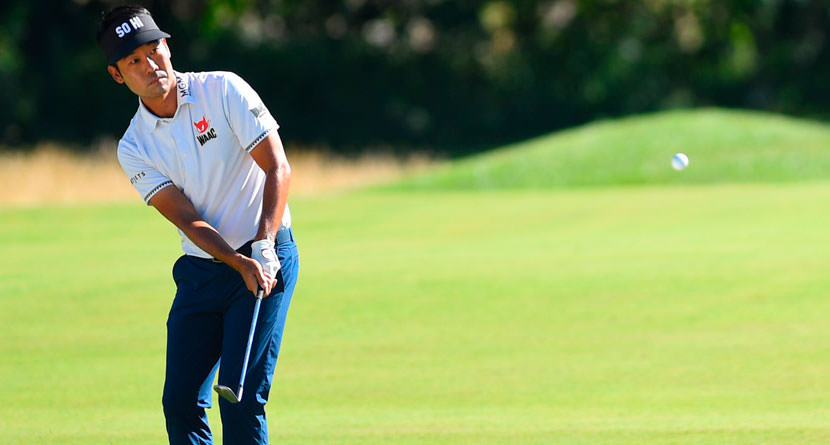 Kevin Na became a two-time winner on the PGA Tour thanks to a final-round 6-under par 64 to win A Military Tribute at The Greenbrier on Sunday by five strokes over 54-hole leader Kelly Kraft.

Great ? of Kevin’s gear after today’s win, courtesy of my dude @PGATOURKane. pic.twitter.com/byeKKR8sdk

Na had something click on the greens this week after messing around during a weather delay in the fitness trailer. That lightbulb led Na to a +7.089 strokes gained: putting performance on the greens, which was second best in the field.