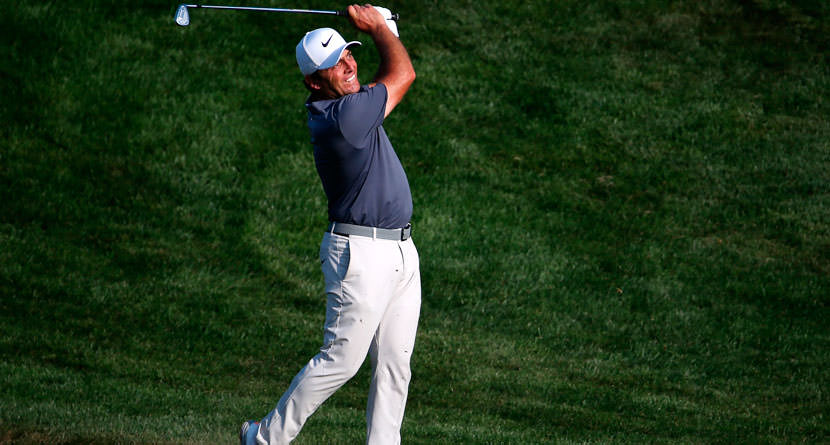 Francesco Molinari ran away from the field on the back nine Sunday at the Quicken Loans National by playing the first five holes of the incoming nine in 6-under par. He would go on to win by eight strokes over Ryan Armour.

The win was the eighth of Molinari’s professional career, but his first on the PGA Tour.

While Molinari was able to convert plenty of opportunities on the greens — he was +3.207 in strokes gained: putting for the week — his stellar iron game was off the charts. The 35-year-old Italian led the field in strokes gained: approach to the green, bettering the field average by nearly 10 strokes.