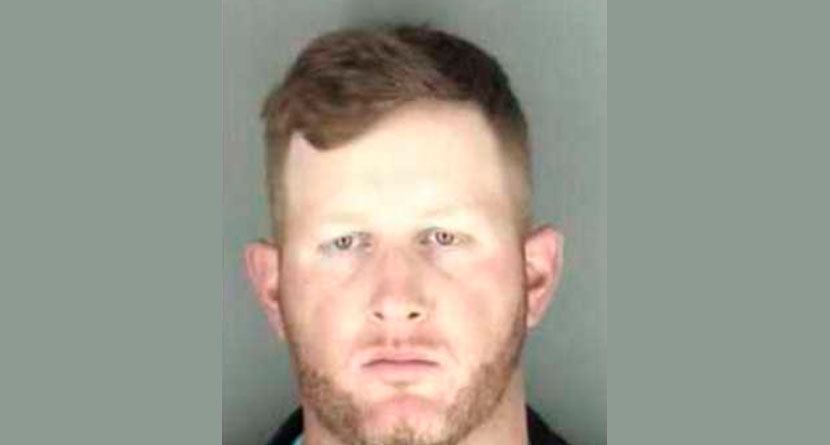 Evan Vollerthum, a caddie on the Korn Ferry Tour (formerly the Web.com Tour), was arrested on Monday for human trafficking and attempting to sexually exploit a child, according to a release from the U.S. Immigration and Customs Enforcement’s (ICE) Homeland Security Investigations (HSI).

Vollerthum, 35 of Naples, Florida, had previously caddied this season for former PGA Tour pro Brad Fritsch, and was scheduled to caddie this week for former Stanford University standout Joseph Bramlett at the Witchita Open, GolfDigest.com reported.

Vollerthum was arrested in Topeka, about two hours away from this week’s Korn Ferry Tour event. Records at the Shawnee County Jail in Kansas show Vollerthum is being held for one count of aggravated human trafficking involving hiring a child 14 or older to engage in sexual acts, and attempted commercial exploitation of a child involving hiring a person under 18 for a sex act. He is being held under a $500,000 bond.

“Evan worked for me a handful of times this season, and during the Rex Hospital Open indicated he was going to caddie elsewhere,” Fritsch told Golf Digest’s Brian Wacker. “He’s caddied for a few players on different tours over the last year.

“I was made aware of this awful situation yesterday through various social media reports. Everything that has been documented and alleged is tough to stomach, and is deplorable.”

ICE stated that the investigation is still ongoing.