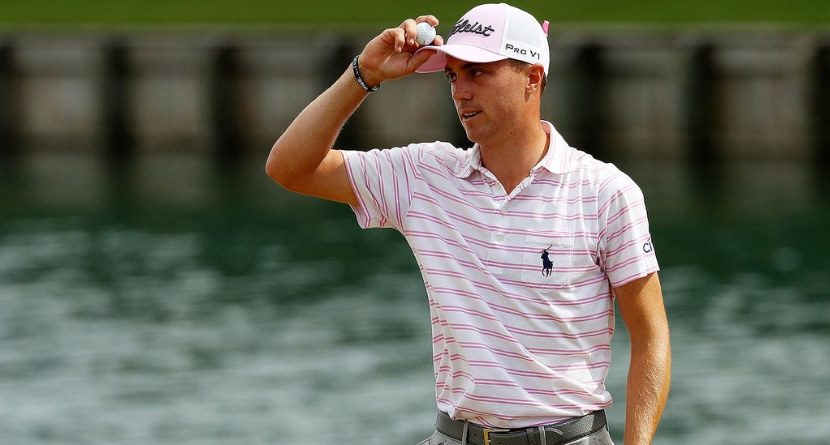 Justin Thomas hits the ball as far as anybody despite not being the biggest guy tour. In fact, he blasted one 414 yards at this years WGC-Bridgestone Invitational, which measures as the longest drive of the 2015-2016 PGA Tour season. What makes it even more impressive is that he only weighs 145 pounds!

Thomas took to Instagram to show off his guns in a clearly doctored picture where his biceps look generous at best. As if you needed any further proof this was a joke, the caption references training during the two-week offseason.

With the 2 week off season over, glad to show the results from really hitting it hard in the gym. Should be driving all holes under 450 yards now #gainz #swollmonkey

Of course after my photoshop job looking like I have last week, it’s only right I got drug tested today

In other Thomas news, the Jupiter, Florida resident is helping in the relief effort caused by Hurricane Matthew. He will be donating $250 to the Convoy of Hope for every birdie he makes for the next three weeks. This includes the CIMB Classic, where he is the defending champion and also posted a record score-to-par total of -26.